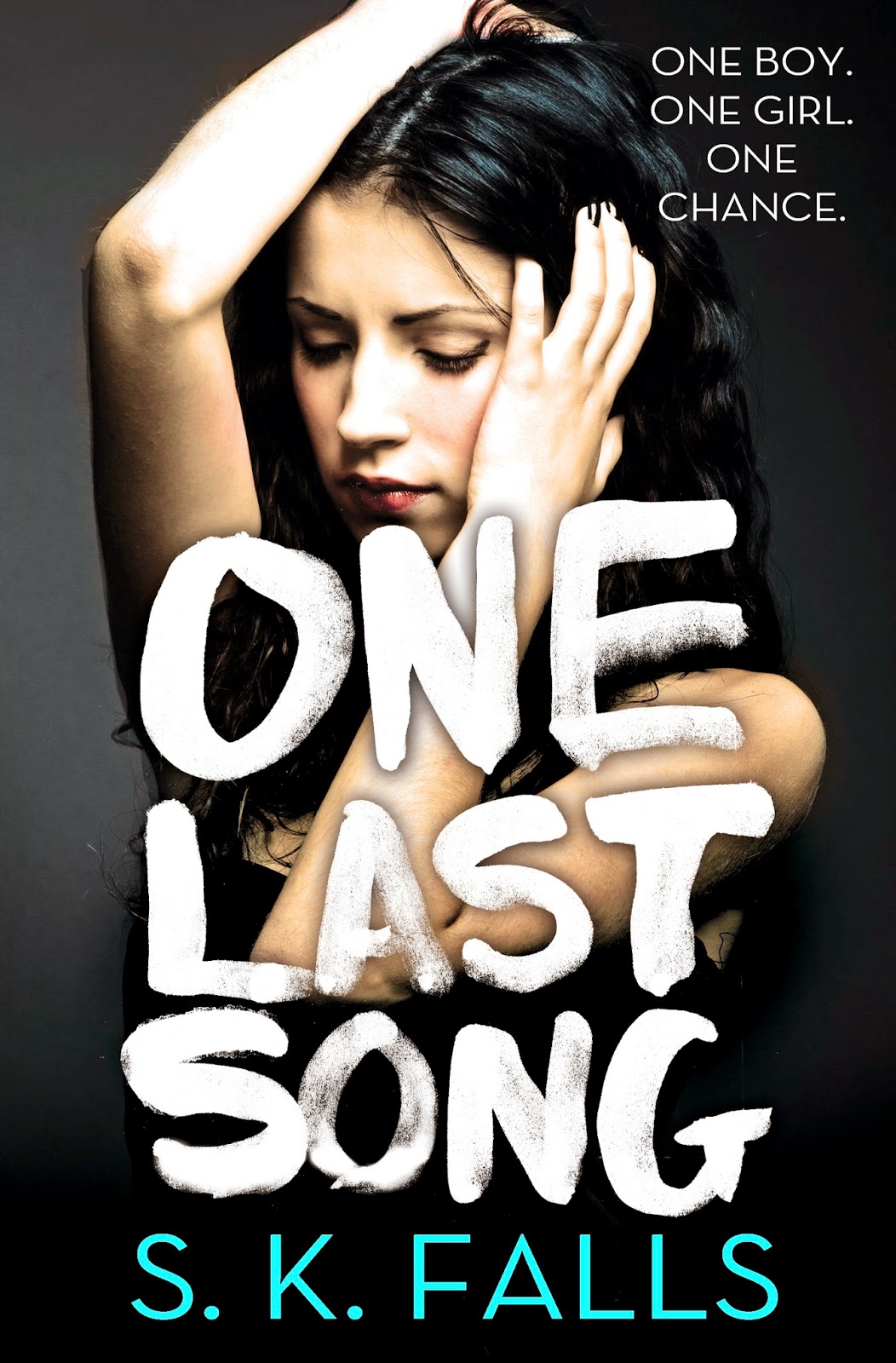 Complimentary copy for review through AToMR Promotions via Netgalley - Thank You!

I was seven when I swallowed my first needle.
My mom freaked out and rushed me to the emergency room.
She stayed by my side all night.
I never wanted it to end.

When you spend your whole life feeling invisible - when your parents care more about deals and deadlines than they do about you - you find ways of making people take notice. Little things at first. Then bigger. It's scary how fast it grows. Then one day something happens that makes you want to stop. To get better. To be better. And for the first time, you understand what it's like to feel whole, happy...loved. For the first time, you love someone back.

For me, that someone was Drew.

One Last Song is a dark romance where a girl named Saylor pretends to be sick and falls in love with a guy who really is ill. Drew assumed she was there for a support group, but in actuality she was volunteering at the hospital. The problem is he doesn't know she's pretending, and she doesn't want to lose him so she keeps lying to him.

She's been diagnosed with Munchhausen syndrome and borderline personality disorder. People with Munchhausen feign illness because they want attention and sympathy. From what I know about this syndrome (I have a B.A. in Psychology), Falls (the author, who has a degree in Psych, too) hits it on the mark with Saylor's symptoms. Saylor is written to be very knowledgeable about medical procedures and can cause herself to get sick enough to need long-term treatment at times.

The role of patient is familiar and comforting to Saylor and fills a psychological need that she has, which is that her parents are emotionally unavailable to her. She has an awful relationship with her mom and dad - they both ignore her and go to painful lengths to do it. You wouldn't believe how much they don't pay attention to what she's doing, and they never show her love. I don't know how I would handle that situation if I were her. It's not something I want to think about.

I felt highly uncomfortable at times while reading One Last Song because I knew it was only a matter of time before her secret would come out. She kept putting it off, and I was dying inside a little bit more each time she had the opportunity to spill. I wanted to ask her why didn't she just tell the group, especially Drew, she wasn't there for the support group? But the disease had taken hold of her, and she felt that her behavior was all that was keeping her together.

Falls has done the impossible and made me empathize and care about this girl. One Last Song takes a look at far more than this predicament this girl is in. This takes a look at life and death, and she sees that what she's been doing is child's play compared to what these teens actually facing death are looking at.

S.K. Falls likes to believe a degree in psychology qualifies her to emotionally torture her characters in an authentic fashion. Her books have won the gold medal in the 2014 IPPY awards, been featured on USA Today's book blog, and regularly appear on Amazon's various bestselling lists. When she isn't writing her twisted love stories, she can be found gallivanting around Charleston, SC with her family.