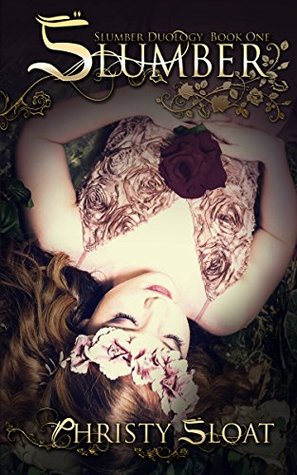 Not all princesses get their happily ever after...
They tell me I killed my boyfriend Phillip in cold blood. I stabbed him twenty one times. I’m only seventeen years old, and I am serving life in Spindle Ridge Asylum for the Criminally Insane.
I don’t remember killing him, so it’s really hard to believe I’m capable of murder. In fact I don’t remember anything before I came to Spindle Ridge, not even my boyfriend.
I can only grasp onto my realistic dreams while the madness of the asylum threatens to pull me under. I dream I’m a beautiful princess and there is an evil faerie named Maleficent who is bent on my destruction. The dreams are the closest thing I have to memories of my life, except they aren’t real.
I’m crazy. I’m not a princess.
They’re the mad illusions of an irrational teenage girl, right? They’ve assigned me a new doctor, and she says I can trust her, and that she’ll help me see the truth of who I really am. When she arrived she brought a new patient, Sawyer, who is everything Spindle Ridge isn’t: exciting, mysterious and beautiful. He promises he’s here to rescue me. Trusting either of them frightens me.
Could it be possible that my dreams are more than just the imaginings of a delusional girl? Could they be truth?

Not only do I love retellings/re-imaginings of stories, fairytale or otherwise, but I'm also drawn to books that take place in a psychiatric hospital as a reader who's interested in psychology. Slumber, the first book in a duology, hit both points for me with its setting and its retelling of Sleeping Beauty. I bought both Slumber and its sequel, Awaken, so I could read them back to back. I can't tell you how glad I am to have done that because the ending of the first book left me wanting more.

When we're introduced to Rory (Aurora), we find out she's living in the Spindle Ridge Asylum for the Criminally Insane for the murder of her boyfriend. The setting had me stoked with this interesting twist on the tale of Sleeping Beauty. Rory is living in abysmal conditions as many novels set in psychiatric hospitals are portrayed, and she isn't sure what's real and what's not. She doesn't remember murdering anyone but accepts it because this is what she has been told.

The book earned only three stars from me because there was a bit of repetition with Rory during her time in the hospital. Also the story dragged in a few places though it was a quick read overall. I can understand why it would seem her thoughts were repetitive because she's trying to figure out what's going on, but it took me out of the story.

I don't want to say much more about the plot so I don't give anything away. I will say that there's a huge shift in the story about halfway through that was a bit confusing and rushed. There were plot points that would've worked out better if they had been slowed down and expanded upon.

I do recommend giving Slumber a whirl! The story is exciting with a touch of romance and lots of action and adventure. It's my first read by Christy Sloat, and I'm looking forward to reading more of her work.

* * Read on for my spoiler free “Happily ever after is hers for the taking.”

Once upon a time I found myself locked away in Spindle Ridge Asylum, punished for a murder I didn’t commit. It was all part of Maleficent’s evil plan. I didn’t remember who I was then … now I do.

My name is Aurora, and I am the rightful queen of this realm. Armed with my memories, I’m ready to take charge of my kingdom once more. Happily ever after evades me, yet I long to claim it with my true love, Sawyer, beside me. That fairy tale ending seems impossible with him locked in the thralls of a sleeping curse.

As much as I’d love to sit by his bedside and eagerly await a cure, I must first travel into the terrifying Dark Woods to stop Raven from stripping me of all that is rightfully mine. I am not only a queen, but a warrior who will fight for her kingdom.

Some may die. Blood will be shed. But when this ending comes, I will settle for nothing less than a blissful ever after.

Awaken is even better than Slumber and exceeded my expectations. I was on the edge of my seat anxiously waiting to see what was going to happen next. Picking up from where the first book left off, this sequel starts off strong and ends strong.

Rory's character grows into a confident young woman with courage, strength and a taste for revenge against those who have harmed the people she loves. Not only is she concerned about saving her loved ones, she also has an entire kingdom on her shoulders as she takes on her rightful role as Queen. I had to remind myself she's only eighteen, yet she is more mature than many eighteen-year-olds.

While she is fighting for the man she loves, he isn't her sole focus. She knows how important it is to be a reliable and fair leader to the people in her kingdom. They need her, and I love reading about her! With the fate of so many different characters up in the air, I wasn't sure who would survive and who wouldn't. Like I said earlier, I was on the edge of my seat.

Awaken is a satisfying conclusion to Rory's story, and I love how everything wraps up. I look forward to reading more of Christy Sloat's work.