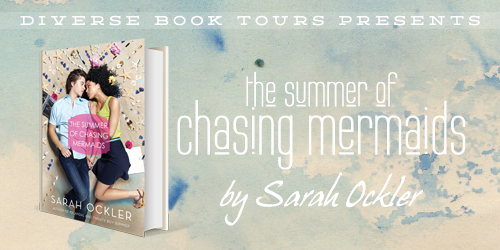 Hey Donnie Darlings! I'm SUPER excited to host a stop on The Summer of Chasing Mermaids Blog Tour hosted by Diverse Book Tours. I've been dying to read this book and am thankful for the opportunity to do so!! Click here to follow along with all of the stops on this tour. 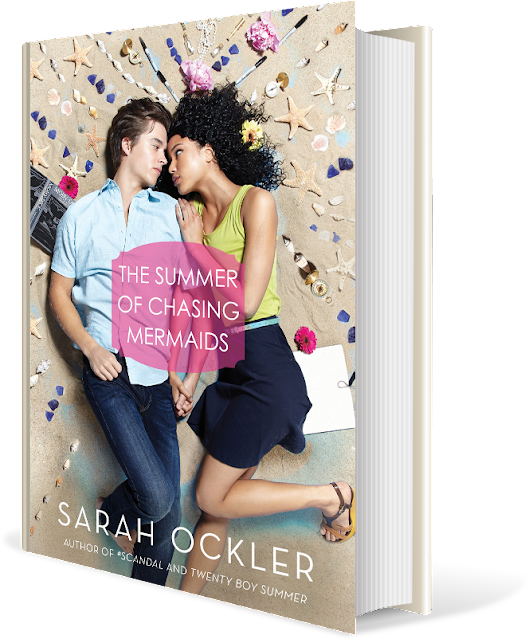 The youngest of six talented sisters, Elyse d'Abreau was destined for stardom - until a boating accident took everything from her. Now, the most beautiful singer in Tobago can't sing. She can't even speak.

Seeking quiet solitude, Elyse accepts a friend's invitation to Atargatis Cove. Named for the mythical first mermaid, the Oregon seaside town is everything Elyse's home in the Caribbean isn't: an ocean too cold for swimming, parties too tame for singing, and people too polite to pry - except for one.

Christian Kane is a notorious playboy - insolent, arrogant, and completely charming. He's also the only person in Atargatis Cove who doesn't treat Elyse like a glass statue. He challenges her to express herself, and he admires the way she treats his younger brother, Sebastian, who believes Elyse is the legendary mermaid come to life.

When Christian needs a first mate for the Cove's high-stakes Pirate Regatta, Elyse reluctantly stows her fear of the sea and climbs aboard. The ocean isn't the only thing making waves, though - swept up in Christian's seductive tide and entranced by the Cove's charms, Elyse begins to wonder if a life of solitude isn't what she needs. But changing course again means facing her past. It means finding her inner voice. And scariest of all, it means opening her heart to a boy who's best known for breaking them...

I'm a bit ashamed to admit this is my first Sarah Ockler book. I own Twenty Boy Summer but just haven't had a chance to read it yet. I would have written that book off as a fluffy romance had I not read glowing reviews from other bloggers. And I'm so glad found those reviews because if I hadn't, then most likely I would have missed out on The Summer of Chasing Mermaids, and that would have been a travesty.

The cover as well as the author drew me to checking out the synopsis. That cover is so beautiful and fits with the story and atmosphere of the book. Ockler's writing is tremendous and gorgeous and just lyrical. I felt like I was reading a poem at times.

I fell in love with Elyse's character right away. Though she can't speak, she stands out the most in The Summer of Chasing Mermaids. Until meeting Elyse, I never would have thought about how much we allow our voices to define who we are. Though she sees herself as broken having lost her ability to speak, she was able to find out, albeit under tragic circumstances, that she's so much more than her voice. Her voice was just one part of her identity. It's sad when you realize something like that after you've lost something that was precious to you.

But I didn't look at Elyse with pity - I looked at her with pure admiration. So far from home in a world so different from what she's used to, she does her best to survive day to day. She misses home terribly but also needed to get away from there at the same time. And Elyse is another character I'm drawn to because her mother died, too. She never got to know her, but I know the emptiness left behind from the loss all too well.

I also must admit I had some trepidation about Christian because he's described as a "notorious playboy." I worried his character would end up being stereotypical, but he really surprised me in the best of ways, from the moment he said so calmly, "There's a girl writing on my boat." As if that's an everyday occurrence for him! It was then I knew I was going to like him.

The Summer of Chasing Mermaids is a YA contemporary you can't afford to miss. Perfect to read during summer (or any time of year!), if you've been shying away from contemporary novels, you really should read this one. This novel will change your mind about whether or not to read the genre. Definitely a game-changer. An emotional and often humorous read you'll remember for a long, long time. 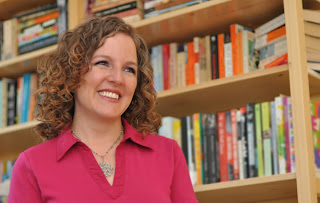 Sarah Ockler is the bestselling author of six young adult novels: Twenty Boy Summer, Fixing Delilah, Bittersweet, The Book of Broken Hearts, #scandal, and The Summer of Chasing Mermaids. Her books have been translated into several languages and have received numerous accolades, including ALA’s Best Fiction for Young Adults, Girls’ Life Top 100 Must Reads, Indie Next List, Amazon Top Movers and Shakers, and nominations for YALSA Teens’ Top Ten and NPR’s Top 100 Teen Books. Her short work has appeared in the anthologies Dear Teen Me and Defy the Dark.

She’s a champion cupcake eater, tea drinker, tarot enthusiast, night person, and bookworm. When she’s not writing or reading at home in the Pacific northwest, Sarah enjoys hugging trees and road-tripping through the country with her husband, Alex. Fans can find her on Twitter, Tumblr, Facebook, and at sarahockler.com.