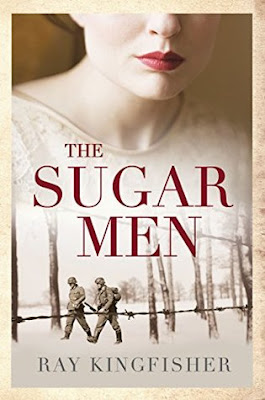 Sixty-four years ago, Susannah Morgan managed to flee the horrors of the Holocaust. But the memories of that childhood ordeal have proven impossible to sweep away.

For most of her new life spent settled in sleepy North Carolina, the flashbacks have been a lonely obsession—one she has hidden from her family, and about which her heart is torn. Because for all the pain and the cruelty of those terrible years, she harbours sweet memories too, of unexpected friends who risked their own lives in order to save hers. As Susannah’s time on earth draws to a close, her innermost thoughts of those long-gone days become questions—ones that demand answers.

Against the wishes of her children, Susannah returns to Germany and the scene of unspeakable crimes. There she will come face to face with the Holocaust’s terrible, wretched legacy, and will finally make peace with the ghosts of her past.

As I recently wrote in a review for another book in which a fictional story was set during a real-life tragedy (in that case, 9/11), it's tricky writing fiction with a horrific real-life event as the main event. There's a balance to be struck between keeping the facts of what really happened and the story you're trying to tell.

I wanted to really love The Sugar Men but found I wasn't fully invested in it. While the beginning hooked me right away, I found parts of the story implausible and wasn't able to connect with the characters very well. The flashbacks were the most engaging parts of the novel, and I think the story would have fared better had the present been contained to the beginning and ending of the novel.

What I found most implausible was Susannah's journey back to Germany. With her illness, I don't think she would have been able to travel alone. I couldn't understand why she insisted on going alone. Why didn't she ask at least one of her kids to go with her? I also was surprised at how little her kids knew about her past. I can understand how she'd want to bury her past, but how do you keep all of that pain and anguish bottled up from people you love? I'd imagine it would have eventually spilled out long before it did.

As I mentioned earlier, I had a difficult time connecting with Susannah and her kids, hence the 3 stars. Since her kids didn't know their mother as well as they thought, I felt as a reader I didn't, either. And her kids -- the reader learns very little about them. They were just kind of there almost as props.


On the plus side, the author researched the Holocaust thoroughly. I wanted more of Susannah's story when she was a kid, and I felt disappointed when the story swung back to the present. The time Susannah spent in a  concentration camp was described in such vivid horrific detail that it didn't feel like fiction; however, the rest of the story wasn't nearly as engaging. The flashbacks were what I wanted to read about the most.

We hear so much about Auschwitz that it's easy to forget there were other camps with their own atrocities. The author did well with setting the story in a different concentration camp.

Overall, I'd still recommend The Sugar Men to anyone who's interested in learning more about the Holocaust because while Susannah is a fictional character, the author was able to put a face to this real-life tragedy.