Today we are excited to share the cover process via images and the final cover for the middle grade fantasy The Summer Sacrifice by Holly Hinton. The book is scheduled for release on June 21st, 2014.

The cover artist has provided us with the images to show the process of creating the cover.

These three concept images were the first pictures David created for The Summer Sacrifice. Thumbnail A evoked the atmosphere of a mysterious fantasy, B gave the impression of a teenage classic, and C was more poetic in tone. Holly settled on a mixture of A and B as the basis for David to start constructing the final cover.

These drawings were 'speed-painted' by David. They are rough in nature as their purpose was to help decide the cover's general colour scheme.

David drew a detailed sketch of the friendship group. He used this as a guide for the final painting of the group on the cover. He kept the 'camera' low, almost on the floor, to make the characters look more heroic and the serpent bonfire bigger. He worked to get a sense of wind into the image to give it an outdoor feeling and to add dynamism, and also to break up the composition's symmetry.

David paid great attention to working out the many light sources in the painting, and particularly how they would interact with the faces and bodies of the five central characters. There is a strong backlight from the fire, a mix of bounced lights from the environment, and diffuse bluish light from the sky.

This version of the cover is close to the final one. The serpent and the title still required small changes, and David also did some other general polishing, including painting the moon's glow onto the vines and leaves framing the picture, and adding the stars.

This screenshot shows the front, back and spine of the cover from inside Krita, the open-source software David uses to create his work.

The final cover for the paperback.

The final cover for the ebook.


Three hundred years ago, the Great Goddess sent a storm to destroy mankind. She nearly succeeded. One island survived.

These days, the Goddess stops the spread of evil by sacrificing the Island’s rotten teenage souls. Or so the story goes...

When Jamie Tuff survives her Taking, she thinks her worst nightmares are behind her. But then her soul starts wandering into other people’s bodies, and she discovers that the Island harbours a deadly secret.

Now, she must save her little world from a fate worse than—well, worse than what the Goddess has already done to it.

Join Jamie Tuff and friends on their adventures through land, sea and sky, in a world where stars walk and Halfhawks fly.


Add to your Goodreads Shelf! 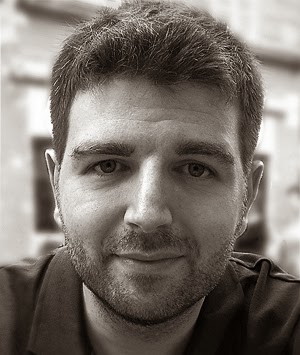 About the Cover Designer:
David Revoy (nickname Deevad), is a french artist living in the south of France.  He has more than 10 years of experience working remotely as a freelancer. His skills and expertise includes illustration, art-direction, concept-art and teaching. In short: he's a 2D artist (he uses drawing, painting, digital painting techniques) and paints custom artworks for books, posters, board-games, video-games and movies. His clients are located all around the world.


Since 2009 he has painted using only free and open-source software. He uses Krita, Mypaint, and Gimp on Linux. This technical choice doesn't affect compatibility with his clients: he still provides industry standards and can work or open any regular files.

He can be followed on Google+, Twitter, Tumblr, or deviantArt.

Holly grew up in a small, sleepy village in Suffolk. The acting bug hit her at age nine, when she was asked to play Baboushka in the school nativity. That same year she played the lead role of a naughty black poodle in a pet parlour themed ballet, and she thought she had made it.

Years passed, but the acting bug didn’t. She went to Goldsmiths, University of London to study Drama, after which she completed her actor training at Arts Ed.


Writing a book was never part of the plan. But life’s full of swerves and surprises and ideas dropping into people’s heads. Holly had an idea drop into hers, and that idea became The Summer Sacrifice, and The Summer Sacrifice became the first book of the Master Game Series.

This event was organized by CBB Book Promotions.