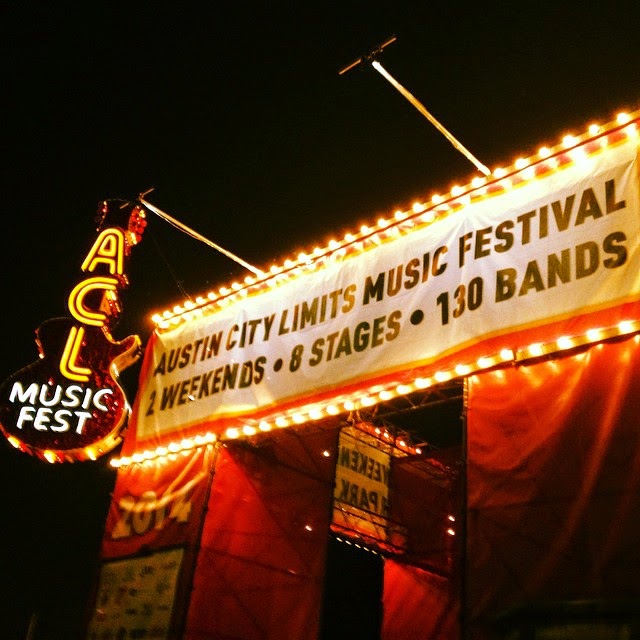 It's my second year going to the Austin City Limits Music Festival in Austin, Texas & I had a GR-R-REAT time! I wanted to share my weekend of craziness with you guys! So how 'bout it?!?

There were many bands I had never heard of or weren't familiar with, so I made a playlist on Spotify. I've fallen in love with many of these bands, and maybe you'll discover some to love along the way, too. :D 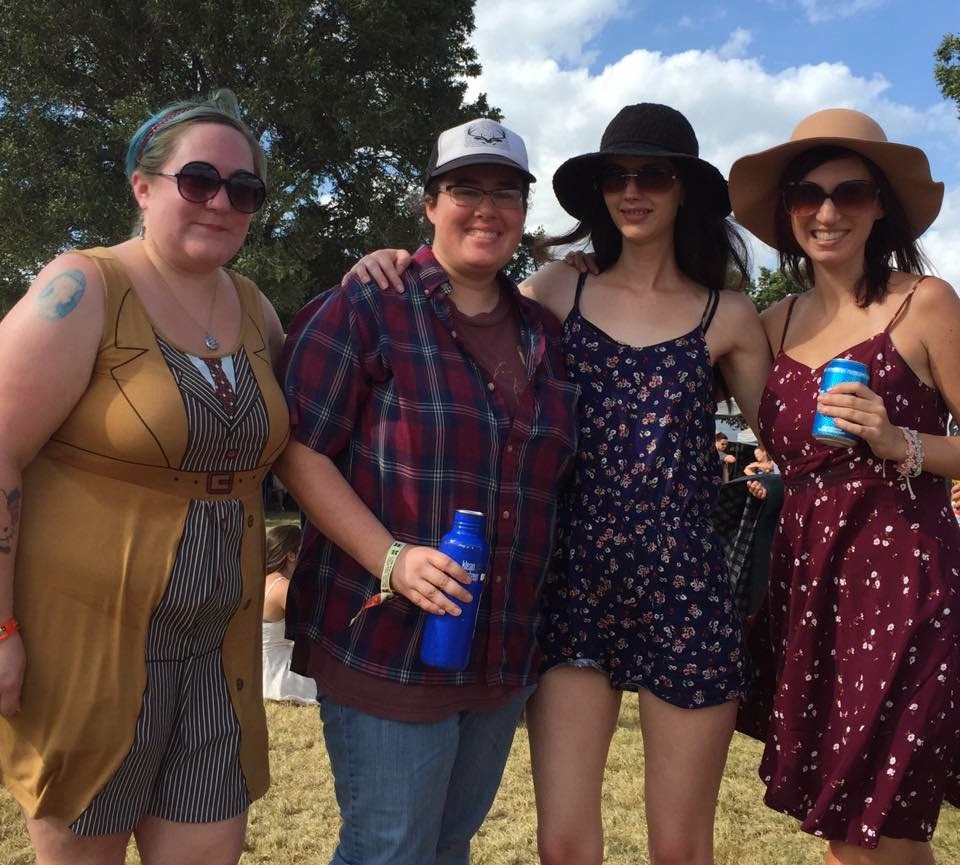 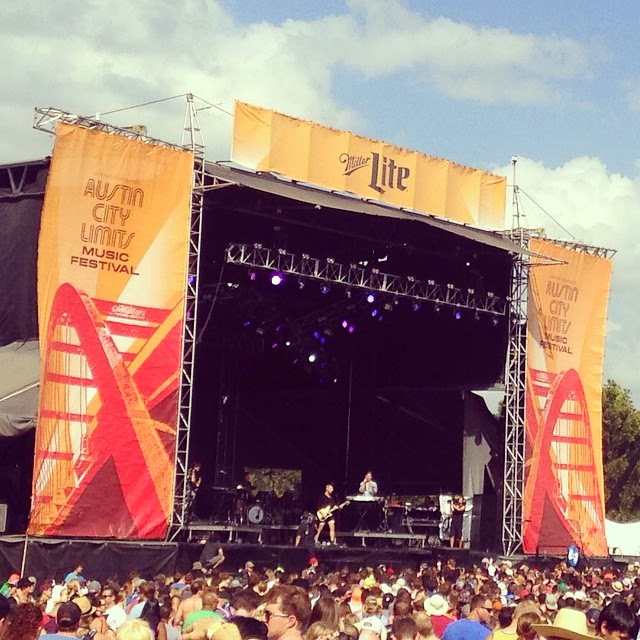 Bleachers was the first band we saw, and they were right by the entrance so it was perfect!! This band is the side project of the guitarist from Fun, which I totally didn't know until my friend told me. If you haven't checked them out, I highly recommend them, especially if you like bands such as Grouplove. Bleachers is heavily influenced by the 80's and John Hughes films.

They covered "Dreams" by The Cranberries, and everyone (including me!) was singing along. I love that song so much. Nice blast from the past, & this band was a lot of fun to see. Awesome show! 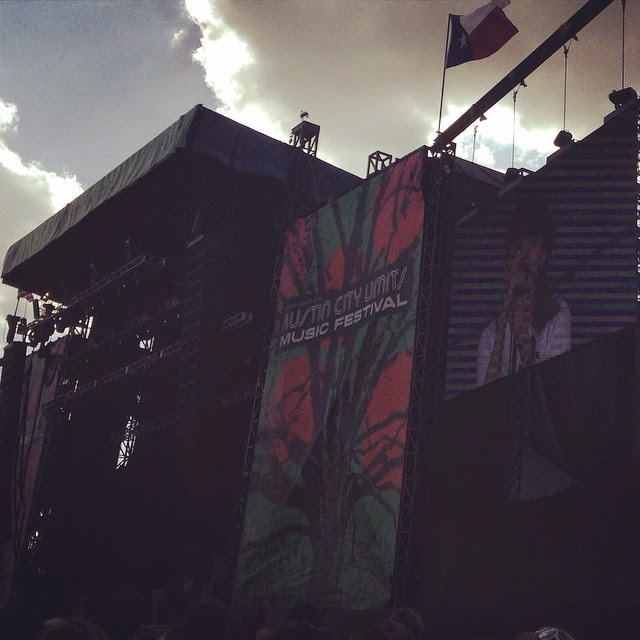 Unfortunately this pic really sucks since the sun was super bright and it was right behind the stage, but CHVRCHES kicked ass! Love that band, and they're new to me. I started listening to them before ACL and love them.

The only problem with this show? A bitchy girl came to stand *right* in front of my friend with her hair totally up in my friend's face. My friend couldn't take a drink of her water without this girl's hair being in the damn way. Then the girl turned around and gave my friend an evil glare. As if! Ah well, such is the festival atmosphere at times. :P 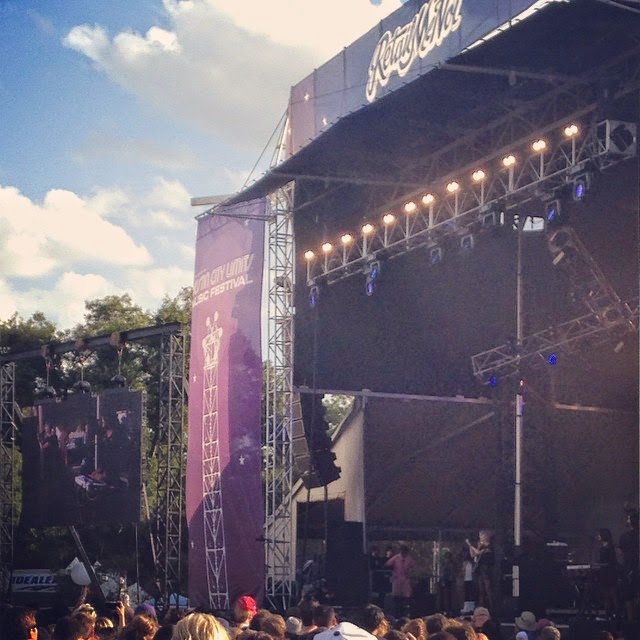 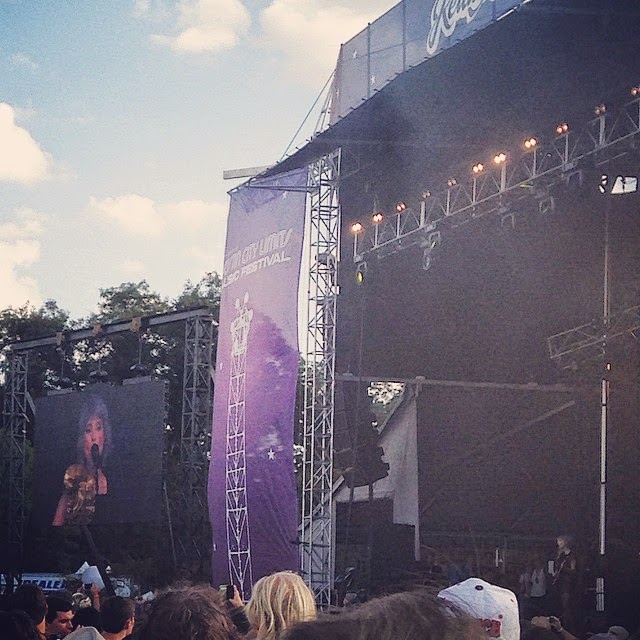 One of the acts I was most looking forward to seeing, St. Vincent put on one hell of a show. I first saw her as the musical guest on the season finale of SNL back in May and remember thinking what in the name of god am I watching??

But "Digital Witness" became stuck in my head and grew on me. I think it was her performance of "Birth in Reverse" on SNL that was so strange to me at the time. If you haven't seen the video for "Digital Witness" check it out. It reminds me of The Hunger Games and One Flew Over the Cuckoo's Nest mixed together.

The hour she had to play flew by, and I didn't want it to end. One of my fave parts was when she climbed up the scaffolding on the side of the stage. That crazy girl! She's an amazing artist, and I'm SO happy she was at ACL this year! 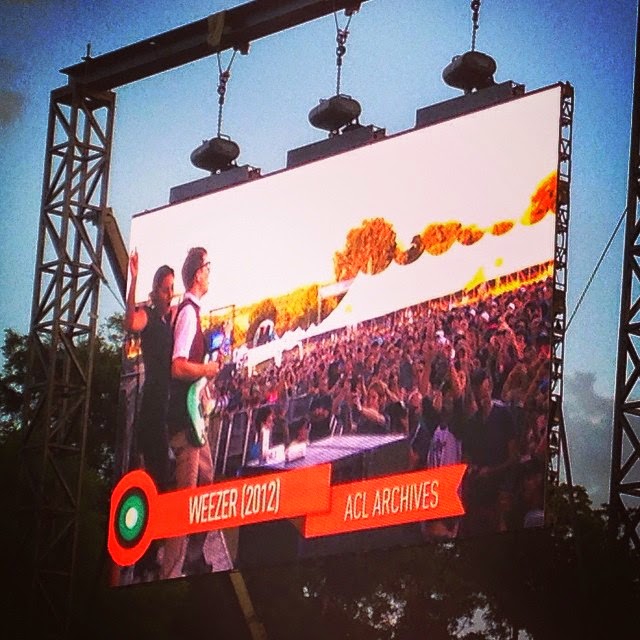 I love it when you're waiting for a band at one of the main stages, and they play clips from the ACL archives. I would've loved to have seen Weezer! They're one of my husband's all-time favorite bands as well as mine, and he's seen them before...but I haven't. And I really want them to come back to ACL next year - they're on my wish list! 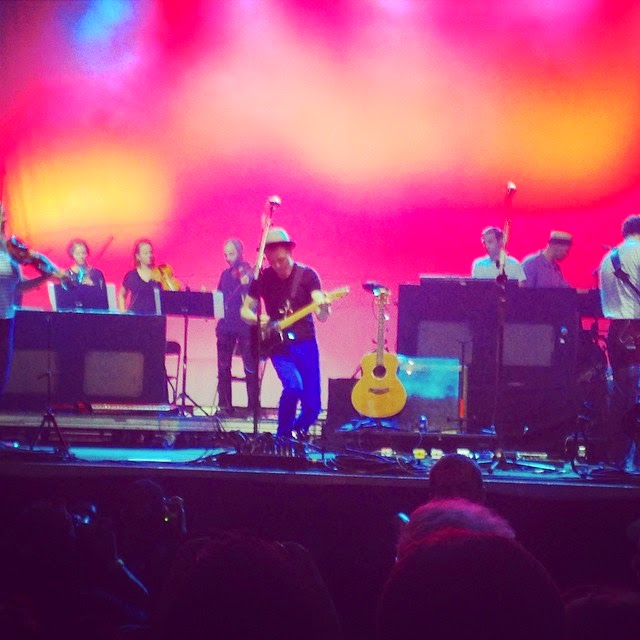 Not a band I had originally planned on seeing, but I decided instead of going to see Foster the People alone, I'd watch Belle & Sebastian with my friends. I could hear Foster while we were waiting for Belle & Sebastian to come out, so it's all good. And we were pretty close to the front. Not 100% sure what my favorite songs by them are yet, lol.

Unfortunately no picture for this one - I was too far away (didn't feel like fighting the crowd), and it would've been a crappy photo. BUT this was one of my favorite performances at ACL - man, he just Rocked it with a capital 'R'. And that's my dorky way of expressing my happiness over seeing him since I've loved his music over half of my life now. No joke. I remember dancing in my room to "Loser" at the tender age of 13, lol.

Sometimes in life, well a lot of times actually, you've gotta make tough decisions. And one of those decisions is whether you're gonna watch Beck or Outkast because damn, they just HAD to play at THE SAME TIME. Gah! So since we watched Beck, we only were able to catch the end of Outkast. I bet they put on a helluva show. Too far away for photos for them, too. *sigh* 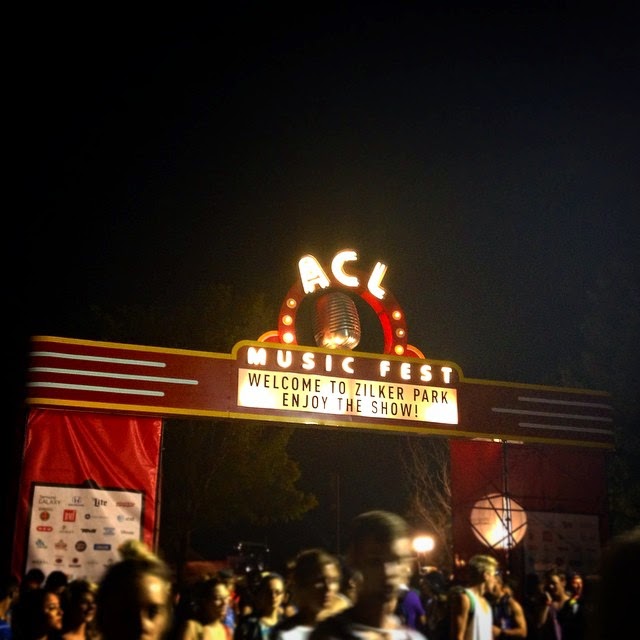