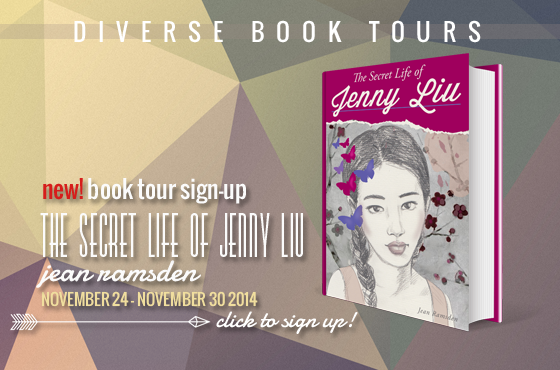 Hey guys! Welcome to my stop on The Secret Life of Jenny Liu Blog Tour hosted by Diverse Book Tours! Click here to follow along with the full tour schedule.

It's my first time hosting with Diverse Book Tours, and I'm super excited!! Go check out their awesome website and you might even want to sign up as a tour host! :D 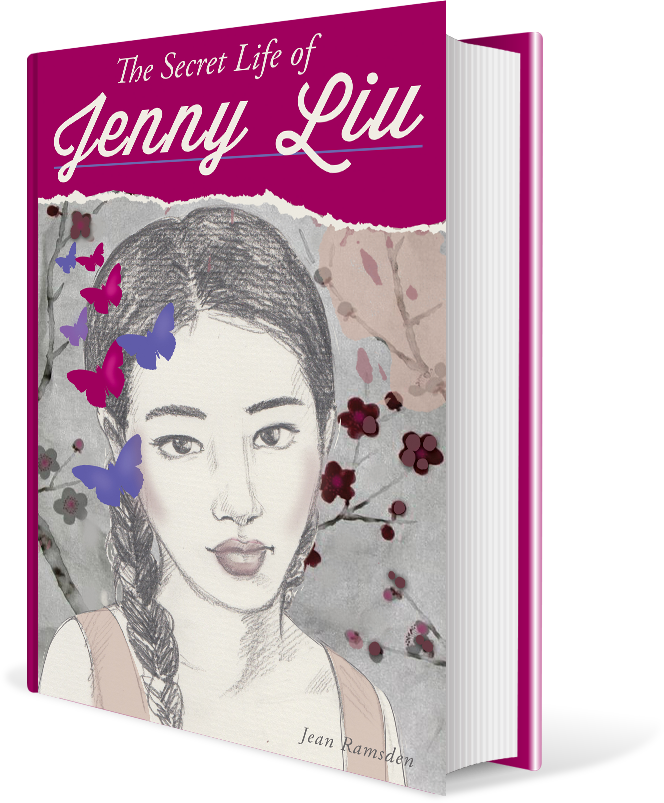 Jenny Liu is on the move again. Except this time, she hasn’t landed at yet another Chinese-American School in California but at a public school in South Carolina. Shy, artistic Jenny wonders if she will ever figure out how to fit in amongst rowdy fifth graders and eccentric teachers with hard-to-understand southern accents.

To make matters worse, the class thinks she is super smart and her piano teacher thinks she is a musical genius. With school activities that test her intelligence and an upcoming piano recital, it’s getting harder for Jenny to do what’s right—to tell the truth—especially since she knows that The Real Jenny Liu would be even more of an outsider. Or would she?

The Secret Life of Jenny Liu is a sweet and uplifting novel about a young Chinese American girl who loves her family, drawing comics, and bringing people together. Her family has just moved to Haverswell, South Carolina where Jenny begins as a new student in the fifth grade.

Imagine what it would feel like to not only be the new kid but also like you don't fit in with the other kids, making you stand out even more when all you really want is to blend in. If you can imagine this, then you have an idea of how Jenny feels. She's changed school systems so many times she doesn't believe it's worth her time to strike up friendships. She'll just end up moving again and be forced to start over. But this time things are different.

I loved how caring and selfless Jenny is, always thinking of others. She gets pure joy from sharing in happiness with others, and you can't help but love her and want her to have her own happiness, too. The way she creatively solves problems she sees around her in order to help out others is too sweet! For instance, she figures out a way to help a fellow student learn to stop saying "like" all the time without embarrassing that student.

The cast of characters surrounding Jenny are full of personality and add to the story. Jenny's teacher, Ms. Candy, stands out the most in my mind as a secondary character. She has to be one of the most free spirited and fun loving teachers I've ever read about. I can tell she truly loves her job and is great with the kids. She's a terrific person, and I can't imagine her having any other job.

I also love the moments between Jenny and her mother. I can tell how much her mother loves her, and their culture plays a large role in the ways she shows her love. Rather than hugging Jenny when she's upset, Jenny's mother makes them a pot of tea to share. Jenny mentions in the book that hugging isn't really something that's done in her culture. I picked up quite a few things about Chinese culture from reading this book, some things I knew while others I didn't.

Overall, The Secret Life of Jenny Liu is a book I'll recommend to everyone I know. Even if you may not be into middle grade books, you'll fall in love with Jenny, one of the sweetest and most caring fifth graders you'll come across in fiction. I read the first thirty pages (then had to go to sleep, boo!), and the next night I read the rest of the entire book. It's so good!! The characters and the plot drew me in, and I didn't want to say good-bye to them at the end.

Jean Ramsden is a writer, producer and educational consultant. She graduated from Cornell University and Harvard University, and lives in North Carolina with her husband and four children. 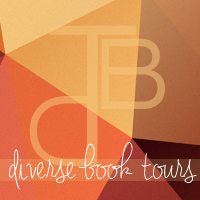