The Legacy & The Missing by Necole Ryse ~ Blog Tour: #BookReview 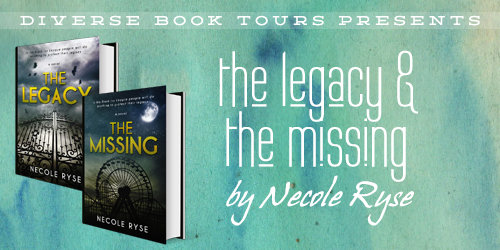 Hello Donnie Darlings! Welcome to my stop on The Legacy & The Missing Blog Tour hosted by Diverse Book Tours. Click here to follow along with all of the tour stops. 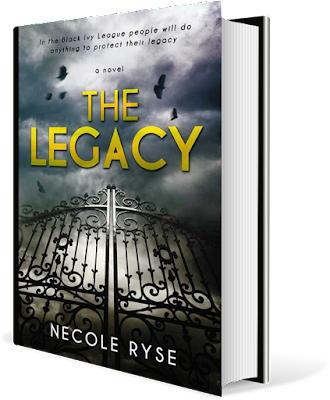 Nineteen-year-old Raevyn Jones has never worn a designer gown. She's never had access to unlimited champagne or chauffeured limo rides. But when she is dropped in the midst of the Black Ivy League - against her will - she has to pretend that everything is normal, as if she belongs.

When her new friends start to question her sketchy past and her shaky legacy at Benjamin Wallace Fitzgerald University, the first Ivy League institution for African Americans, Raevyn realizes she will have to rely on her street smarts more than ever before.

Raevyn starts to receive cryptic text messages and emails from an anonymous sender and she soon discovers that not only does someone want her to leave B.W. Fitz - someone also wants to end her life.

The Legacy is a young adult mystery thriller sure to leave you on the edge of your seat!

The Legacy is a quick story - you can read it in a couple sittings. I've been getting into YA mystery and thriller novels lately, and this series sounded interesting, and look at those covers! They're gorgeous and caught my eye right away. I'm also reading novels that tell a variety of stories about a variety of people. We need diverse reads! :D

When The Legacy begins, Raevyn is on her way to a prestigious Ivy League school for African Americans. Sounds like a dream, right? Well, the problem is she's being dragged against her will. Raevyn's dad pulled a lot of strings to get her enrolled, and she has to pretend to fit in because she's in some sort of trouble and there's nowhere else for her to go. She has to rely on her cleverness to make up for what she doesn't know.

A really crappy situation all the way around. I think this book about gave me a heart attack - I was terrified Raevyn's secret would come out, that she isn't a legacy and had major strings pulled to get into the school. I kept waiting for her to be found out, and then I wasn't sure what would happen to her. As the plot unfolds, you find out more about Raevyn and why her dad forced her to go to B.W. Fitzgerald.

Regina, Andrea, and Corrine are the three girls who taken Raevyn under their wing, yet she finds herself on shaky ground with them. There are moments where she truly has fun with them and they're like real friends to her, but then there's times where she feels out of her element around them. Think of Mean Girls. You never know where you stand with girls like those. Not really.

Then there's the two guys at the university who both try to win Raevyn's affection - Andre from her French class and Jeffrey. Something about both of them seemed off to me, and I couldn't help wondering why Raevyn allowed herself to be romanced by them when she was still planning a future with the guy she was forced to leave behind - her boyfriend, Antoine, who's in prison and also part of the trouble she's in.

I was dying to find out why Raevyn's dad never mentioned he went to B.W. Fitzgerald, who wants Raevyn gone badly enough to threaten her, and what was going to happen next. What sort of trouble was she in with Antoine and could she really trust him? I wanted to uncover her family secrets as much as she did! All of these thoughts kept me turning the pages quickly, and the suspense ratcheted up several notches. The Legacy does end with a cliffhanger, and I'm looking forward to the next book. 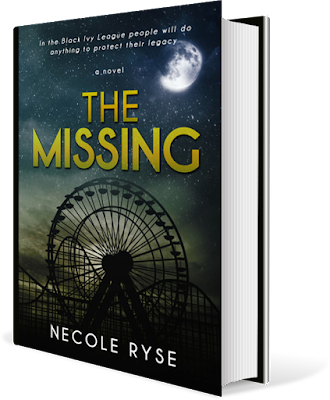 Reeling from her boyfriend's disappearance, Raevyn Jones is shocked to learn that she is considered suspect number one. To make matters worse, rumors are swirling that golden boy, Jeffrey Donnelly, isn't just missing...he may never be coming back.

And Raevyn is being framed.

Her second semester at Benjamin Wallace Fitzgerald University, the nation's first Ivy League institution for African Americans, is full of twists and turns. With detectives closing in fast, soon Raevyn will learn not to trust anyone, not even the people she calls friend.

The Missing is the highly anticipated young adult mystery/thriller sequel to The Legacy! 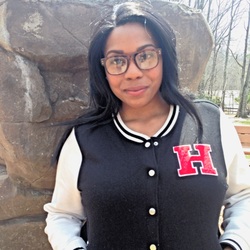 Necole Ryse graduated from Towson University with Bachelor's Degree in Mass Communications. Bored with life as an adult, Necole decided to follow her dreams to write fiction and she hasn't looked back. She enjoys chocolate covered pretzels, Criminal Minds marathons, and all things Harry Potter.