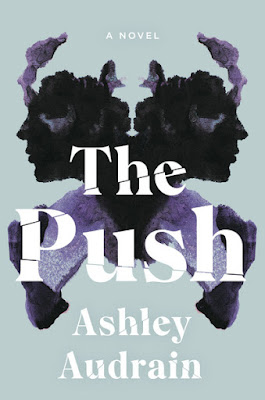 A tense, page-turning psychological drama about the making and breaking of a family–and a woman whose experience of motherhood is nothing at all what she hoped for–and everything she feared.
Blythe Connor is determined that she will be the warm, comforting mother to her new baby Violet that she herself never had.
But in the thick of motherhood’s exhausting early days, Blythe becomes convinced that something is wrong with her daughter–she doesn’t behave like most children do.
Or is it all in Blythe’s head? Her husband, Fox, says she’s imagining things. The more Fox dismisses her fears, the more Blythe begins to question her own sanity, and the more we begin to question what Blythe is telling us about her life as well.
Then their son Sam is born–and with him, Blythe has the blissful connection she’d always imagined with her child. Even Violet seems to love her little brother. But when life as they know it is changed in an instant, the devastating fall-out forces Blythe to face the truth.
The Push is a tour de force you will read in a sitting, an utterly immersive novel that will challenge everything you think you know about motherhood, about what we owe our children, and what it feels like when women are not believed.

I'm so glad I happened to see The Push at a bookstore I was at with my daughter. The cover and title of the book stopped me in my tracks, especially that cover, which is designed to evoke an inkblot you'd see in a Rorschach test. I hadn't heard of this book before, but the synopsis indicated this was a book I was likely going to love.
First of all, I love unreliable narrators where you don't know if their perspective is what's really happening or not, and that was how I felt about Blythe. Was there something "wrong" with Violet, or was there something wrong with her mother? As for Blythe's husband, Fox, he was either being rational or refusing to see what's happening. The book had me back and forth so many times!
There were times I could see where Blythe was coming from, but I still wondered about this character. I had to know what was going to happen next. I will say I liked her more than Fox though. I don't know what exactly it was about him, although I suppose it was likely his flippant attitude about his wife's concerns that drove me crazy.
The Push was definitely a five star read for me! It was a nonstop thrill ride that kept me turning the pages as quickly as I could, and after I finished it, I had to take a deep breath and process what I just read. I love books that give me that reaction.
Thanks for visiting
Donnie Darko Girl!
Stick around -- lots more
book reviews
are coming your way!
By ~Jennifer~ at 4:30 PM