Hey everyone! How are you guys? Today I am proud and excited to introduce you to Jeremy Shory, author of The Orion Chronicles--The Journal of Forgotten Secrets. He has kindly agreed to write my very first guest post. Before I get to his post, I'd like to introduce you to his book as well as share some of his background from his website http://theorionchronicles.com/.

When dark family secrets reveal a hidden world controlled by enchantments and magic, fourteen year old Orion Martins is thrust onto a perilous trail of deception flawlessly designed by an archaic mastermind long believed to have vanished. The further he ventures from his comfy New Hampshire home, the deeper he’s lured into a sadistic game of life and death where the prize is the fate of two worlds. Can the mysteries trapped inside an ancient journal unlock the enigmas of his past, assuring his victory? The board is set and the pieces are ready to be played.

Three weeks ago, Orion knew he would avenge his father’s murder. Three days ago, he knew there was nothing beyond our own unforgiving world. Three hours ago, he knew magic only existed within the depths of his imagination. Three minutes from now, he’ll discover just how wrong he’s been.

The first move has been made. Will he survive? 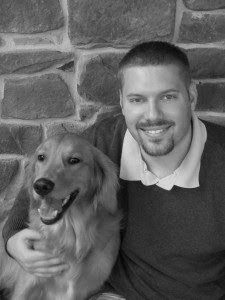 Jeremy Shory is an up-and-coming young author, looking to share his passion for writing with the world. He was born on July 6, 1984 and grew up in Orlando, Florida, where he was exposed to whimsical and fantastic adventures–often used as a basis for his writing.

His interest in fantasy began at an early age, and he has recently taken a special interest in the young adult fantasy genre. The idea of transporting the readers mind to a magical place and captivating them throughout an entire journey drives Jeremy to keep his imagination churning.
Currently you can find his non-fictional writings regarding his favorite pass-time, football, on www.fantasycollegeblitz.com, where he specializes in the Atlantic Coast Conference for college sports.


Story Ideas: The stuff no one else tells you

Know what all these items have in common? Nah, me neither. I just thought I would compile a short, but impressive list of kick-butt items.

Okay, I’m kidding…sorta. They are totally awesome mythical things, but truth be told, these were all simply ideas that lead to some of the most phenomenal stories in history; Ponce de León’s voyage for the Fountain of Youth, King Arthur’s adventure for The Holy Grail (and eventually Indiana Jones, which let’s all be honest here, we know his story is so much cooler than King Arthur’s anyways…unless it’s the Monty python version of course), and of course who doesn’t go out looking for a flying unicorn from time to time, am I right? Don’t lie. You know you do.

The point is that stories are founded in concepts and ideas. They can’t survive without them. And lots of them. I mean how horrible would Harry Potter be if J.K. Rowling had just the one storyline of Harry vs. He Who Must Not Be Named? Each book would be about twenty pages long and kind of boring. For a story to really suck you in, it’s got to have enough writing ideas to keep the story interesting. But you also don’t want to have it bogged down with so many other concepts that it derails the main storyline and slows the pace. That’s where it can become difficult for a writer; having just the right amount of creative writing ideas in your story.

Sticking with the Harry Potter theme, imagine how tedious the books would’ve been if Joe (I’m going to call her Joe because we go way back and are besties. Okay not really, but why do you have to ruin my dream?) would have spent more time on Hermione’s quest to save the house elves and less time on the background between Professor Snape and Dumbledore, or perhaps bringing in the horcruxes? Probably wouldn’t be seeing the movies if that were the case.

It’s a fine line we writers walk to ensure there are enough story ideas and concepts to keep it lively and fresh, but not so many that it detracts from your primary storylines.

Which brings me to my next point: Crack is whack!

And that brings me to my next next point: Where do I come up with my creative writing ideas?

Well, Frank, that’s a great question. I never thought you’d ask. (You may be asking yourself right about now, “Who is this Frank guy he speaks of?” Well Frank is the little-known brother of James Lipton, who we all know hosts the famous Inside the Actors Studio television show. Frank has his own low-budget radio show called Inside the Writers Wild and Scary Mind. Okay not really, but boom, you see how I came up with that idea just like that? It never stops for a writer.)

Sorry, I like to go on crazy rants in my blogs from time to time. Just wait, you’ll see.

Now, back to the question. I like to read other writer’s work and then rip-off their ideas. I mean it’s only plagiarism if you steal their words, right? I’m kidding again.

I personally draw on just about everything in my personal life as a basis for my ideas. For instance, in book one of The Orion Chronicles: The Journal of Forgotten Secrets, (shameless book plug. Jam!) I have a part that fully explains the power of Enchanting via a bewitched lamppost…that has a name…and talks. Freaky right? Well the basis for that concept was simple; I was sitting on a bench in the mall courtyard talking to my wife, who was sitting on the bench behind me. As I continued my conversation, I looked over my shoulder in time to discover she was no longer there; she had gone into a nearby store. So I said to myself “Well looks like I’m just talking to myself…and this here lamppost.” Then I thought, How cool would it be if the lamppost was alive and could talk back? He probably would have some stories to tell. And just like that, Frodrick the Elder Lamppost was born.

The same goes for my characters. I feel that I infuse a lot of myself in my characters (see my personal blog for some examples…again another shameless plug http://theorionchronicles.com/let-me-tell-ya-a-lil-bit-about-my-characters/ ). I also draw on the people closest to me as foundations for some of my character’s personality traits and beliefs. They always tell you to Write What You Know. I don’t know who “They” are, but it’s good advice nonetheless.
I wish I could tell you there was a giant pool you could pay to go swim in and when you come out, you have like a hundred good story ideas, but it just doesn’t work that way. My concepts and ideas for a story usually start out very small, and the more I try to work them into the plot, the more they’re developed. Like with the lamppost, originally it was just a simple thing, but then I realized how I could use that simple thought to explain a more specific and important part of my story.

Good writers can work some of the silliest things into a story by giving them purpose and reason. If I just left the bit about Frodrick alone, it would’ve been worthless to the story and probably ended up being chopped during editing. That ties back into what I was saying before about making sure your ideas and concepts help drive the story and keep it interesting. Putting an idea in your story just because it’s cool will most likely lead to it detracting from your ultimate goal of telling your main plot lines.

My piece of advice to any new writer is to look around you. Everything and everyone can be used as an origin for a really great story idea.  You only need a small seed of a concept to grow into a plant-sized storyline or driving plot device.
By ~Jennifer~ at 12:30 AM