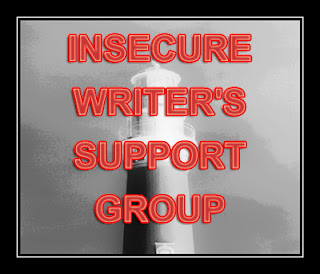 This group is the brainchild of Alex J. Cavanaugh. I'm so happy to have been referred to this group by my friend and author, Michael Pierce. Thanks to both of you! I've met and made friends with many cool writers and have been able to share my feelings and worries about the process without fear of judgement.

Last month I posted about my insecurity writing book reviews. I think my moment of crisis has passed. I'm going to keep being honest with my opinions and use my own voice as though I am talking to a friend. Different people like different aspects to be included in book reviews, so if there's anything I have in mine or don't have in mine that you'd like to be there/not be there, always feel free to leave a comment! :D

The novel I began writing last November for NaNoWriMo, tentatively titled Violet, takes place in the early nineties in the grunge era. What I really wanted to do was set the story in the sixties. My thinking was it might be a different twist on the zombie genre if zombies were drafted to go to war in Vietnam. There could be pro-zombie/anti-war protestors, fighting for zombies to have human rights as well as fighting for peace and being against the draft.

This is just the bare bones of the novel - a very basic idea. There will be different things going on between different characters - I really think the possibilities are endless.

This will also require a lot of research, which is mainly why I didn't write the story this way in November. I wanted to pound out 50,000 words; however, now I have time to rewrite the story, and by the time November rolls around this year, I might just have this thing done! :D

What do you think? Does this sound like a different twist on the genre, or are there novels out there that sound too similar?
By ~Jennifer~ at 11:18 PM