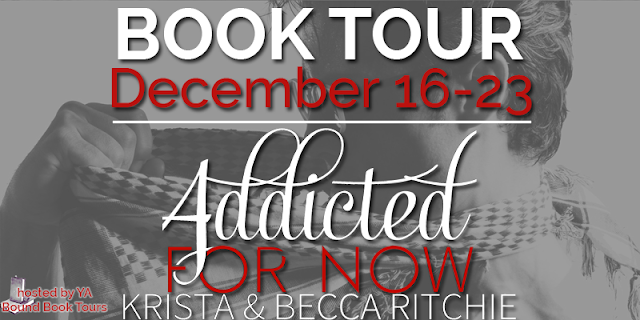 Hey guys! Welcome to my stop on the Addicted For Now Blog Tour hosted by YA Bound Book Tours. Click here for the full tour schedule. :D 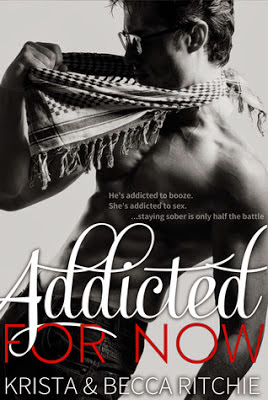 Those are the three words Lily Calloway fears the most. But Loren Hale is determined to be with Lily without enabling her dangerous compulsions. With their new living situation - sleeping in the same bed, for real, together - Lily has new battles. Like not jumping Lo' bones every night. Not being consumed by sex and his body.

Loren plans to stay sober, to right all of his wrongs. So when someone threatens to expose Lily's secret to her family and the public, he promises that he'll do anything to protect her. But with old enemies surfacing, Lo has more at stake than his sobriety.

They will torment Lily until Lo breaks.

And his worst fear isn't relapsing. He hears the end. He sees it. The one thing that could change everything. Just three words.

Lily and Lo are reunited after Lo has come home from rehab, and both are tentatively ready to make serious changes in their relationship to keep from enabling one another. They need each other too much to move forward without one another. With the support of Lily's therapist, they work on opening up communication and living together, not sneaking off alone to indulge in their respective addictions.

Addicted for Now alternates POV between Lo and Lily, so for the first time ever, we get to hear Lo's voice. Lo hasn't been home for even a week when an anonymous person begins texting him, threatening to spill Lily's sex addiction to the tabloids. Lily and Lo go through Lo's enemies, trying to figure out who it is, but there are too many. I felt so much emotion for them - they're going through so much already, and now someone is threatening them on top of everything. Lily's past is coming back to haunt her in a big way, and the same can be said for Lo.

I remember the huge moment in Addicted to You, at the end of the book, when the carefully built lies crumble all around Lily and Lo in front of Rose, Ryke, and Connor. That was such an emotional part of the book, and a huge turning point for these characters. Addicted for Now has huge emotional moments like that, and I really felt the impact of Lily and Lo fighting off their respective cravings. I've seen inside their relationship, and while they used to enable each other, now they are fighting together to become healthy and happy. I'm all for them staying together.

There was so much tension throughout the book in trying to figure out who was the anonymous texter. So many emotions came from me while I was reading that at times, it was almost too intense for me. If you want to know the intimate details of a struggling sex addict and a recovering alcoholic, then this is it. I can't imagine a more personal account than Lily and Lo telling their story. They have this incredible love for one another but also have incredible insecurities from the voices that try to get them to give in to their addictions. Lily said it best when she said she didn't feel safe anywhere. That's how I imagine it would be like.

I can't recommend this series enough! You'll laugh, you'll cry, and you'll hurt for Lily and Lo. You'll see what has led up to the actions they took to mask their pain. If you've read Addicted to You but haven't read Ricochet, you really need to read Ricochet before tackling this one. It will enhance your experience of Lily and Lo's point-of-views. 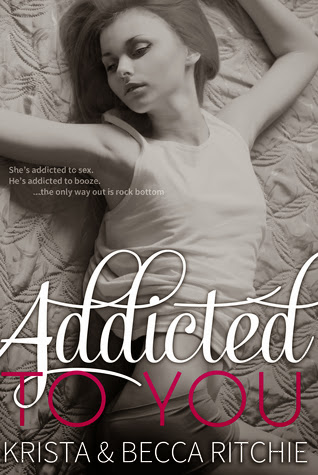 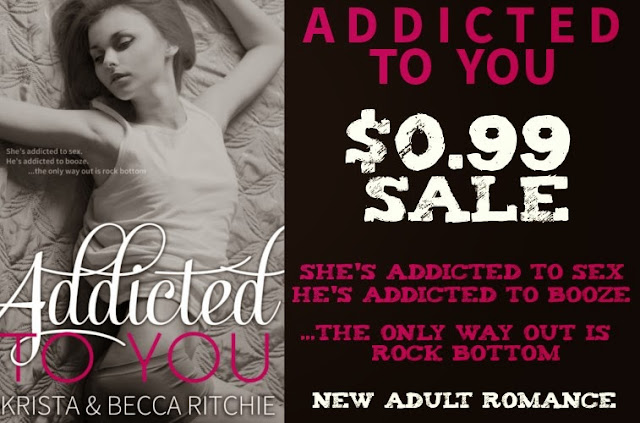 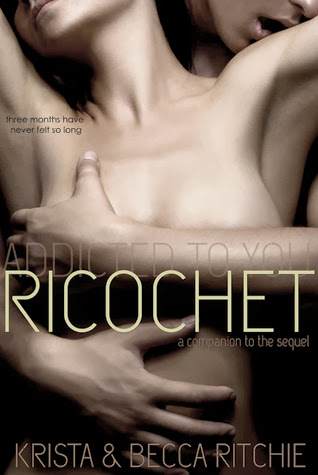 As a sex addict, Lily Calloway must do the impossible. Stay celibate for 90 days.

Cravings and fantasies become her new routine, but while Loren Hale recovers from his alcohol addiction, Lily wonders if he'll realize what a monster she really is. After all, her sexual compulsions begin to rule her life the longer she stays faithful to him.

Progress. That's what Lily's striving for. But by trying to become closer to her family - people who aren't aware of her addiction - she creates larger obstacles. When she spends time with her youngest sister, she learns more about her than she ever imagined and senses an unsettling connection between Daisy and Ryke Meadows.

With Lily and Lo's dysfunctional relationship teetering and unbalanced, they will need to find a way to reconnect from miles apart. But the inability to "touch" proves to be one of the hardest tests on their road to recovery. Some love brushes the surface. Some love is deeper than skin.

Lily and Lo have three months to discover just how deep their love really goes.

I can't get enough of this series and these characters! The minute I saw this was released, I bought a copy! I needed more Lily and Lo and to tide me over until the second book, Addicted for Now, would be released. This companion novel to the Addicted series starts off with Lo beginning his ninety days in rehab and Lily beginning her time living with Rose and and attending outpatient therapy.

We get to see so much more of Rose behind her facade. And I truly grew to love her. She's completely supportive and accepting of Lily, which really shocked me because I expected her to look at Lily as "dirty" once she found out about Lily's sex addiction. But I couldn't have been more wrong, and I love her for every single thing she's done to help Lily and Lo.

There isn't as much Lo until later in the book, but it makes sense because he's not allowed to have contact with Lily or anyone for the first month in rehab. I'm not a huge Ryke fan, although if it wasn't for him, Lily and Lo probably wouldn't be where they are today. He keeps watch over Lily while Lo is away, and the reason I don't like him is because he isn't supportive of Lily and Lo's relationship. I know they've enabled each other for years, but even Lily's therapist believes they can be the most help to each other. They can turn things around and be a positive influence rather than enabling. They need each other. Ryke seems jealous of Lily sometimes.

I loved Ricochet. I feared it would be super short, but it was more like the length of a full novel. I also appreciated that we got to see what happens during the time Lo is in rehab. Where Ricochet ends, Addicted for Now begins. 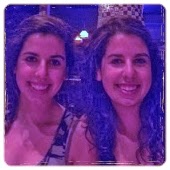 Becca Ritchie is a carnivore of pop culture, television, film and of course YA and NA books. While in college, she worked at The CW television network and put her vampiric knowledge to good use, blogging about hit series and swooning over actors' abs. When she's not blogging, she writes novels and has teamed up with her twin sister for their New Adult novel ADDICTED TO YOU. Available July of 2013.

Krista Ritchie is the mind behind popular trading website YA Book Exchange and created Nawanda Files, a book blog that also features books into movies news. When not pouring over entertainment news and the newest releases, she spends her time conducting research in a genetics lab. She's happy to join forces with her sister, harnessing their twin powers to produce the first in a New Adult series.

~ Giveaway ~
1 - $25 Amazon Gift Card,
Paperback copies of Addicted to You
and Addicted for Now
(Open INT)