Before the End by J.A. Pierre ~ Blog Tour: #Review

Happy Saturday! Welcome to my stop on the Before the End Blog Tour hosted by Reading! Click here to follow along with the full tour schedule! 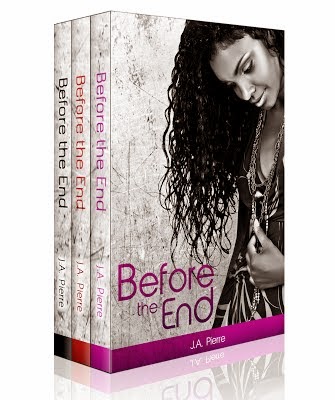 Nyla was going to spend the summer in Trinidad. Then she'd be off to start her career in the windy city of Chicago. She just wanted to kick back on the beach and, with any luck, run into her first love.

Liam wasn't a big believer in romance. He didn't anticipate falling for the American who walked into his garage. Things heat up on the island as opposites attract. But the sand in the hourglass is dwindling.

Will Liam give Nyla a reason to stay?

Each part of Before the End are about forty-five pages, and you'll want to have all three ready to read them back to back because parts one and two are MAJOR cliffhangers. I read Before the End in one sitting. It's a fast read, and I wish it had taken more time to allow development of the characters and plot.

Part One introduces Nyla and Liam. Nyla goes to Trinidad where her family lives to spend her summer there before she moves to Chicago to start a new job. She meets Liam, a mechanic, when she needs her car fixed. The fireworks start flying for Liam first, and I really liked that. So many times in romances the girl is affected by the guy, and it was refreshing to see the situation reversed. They're good together - they give fresh perspectives on the world to each other, things they never thought about before.

In Part Two, a former boyfriend comes back into Nyla's life, leaving Liam to question if he has a future with her or if she's thinking about restarting a relationship with the man who's reappeared. Nyla has difficulty resolving her old feelings for the former boyfriend and isn't sure if she wants to try things again with him or continue on with Liam. I felt like she wasn't really fair to Liam when she saw her ex-boyfriend without telling Liam. He found out of course, and it confused him even more. I didn't understand why she thought it was okay to do this while she's dating Liam.

In Part Three, the final part of Before the End, Nyla and Liam come from different stations in life and find themselves dealing with this reality in deciding whether they have a future together. Nyla's family is judgmental and aren't sure about Liam's ability to give her the wealthy lifestyle she's accustomed to, but she's more worried about being happy. Then there's Nyla's ex, who just won't give up on the possibility of a relationship with her. She has a big decision to make - happiness with Liam or financial stability with her ex. And her ex has hurt her before with the possibility he could always do it again, so that's another factor she has to consider when making her decision. While I didn't completely connect with her character, I did want her to be happy and hoped she would make the decision that was right for her and not what these guys wanted or what her family wanted.

There were two problems I have with this mini-series: character and plot development. Knowing ahead of time this is a short series, I understand there isn't a lot of time to get to know these characters and make the plot more intricate.

I never connected with Nyla. She seemed spoiled to me and naive about the way the world really works. She's wealthy and doesn't realize not everyone has the same opportunities to get ahead in life.

I actually liked Liam a lot. It was hard to believe he changed from someone who was a bit of a womanizer to someone ready to settle down with one woman, but it's wasn't completely out of the realm of possibility since he met a woman who changed his way of thinking and seeing the world.

I didn't like Michael, Nyla's ex. He hurt her in the past and when he came back to Trinidad, he seemed full of himself and arrogant. He didn't seem like he really wanted to make Nyla happy.

Then there's Nyla's parents. They're completely disconnected from the real world, especially Nyla's mom. Her dad had a warmer personality, and he seemed to be okay. Her mom on the other hand was judgmental and not a friendly person.

Overall, I think if this book had been longer giving me more time to get to know the characters and developing the plot further, I would have given this four stars or perhaps even five. I liked reading about the cultural differences in this book and experiencing them through Nyla and her family.

J.A. Pierre is a romance author who grew up on the East Coast. Series by J.A. Pierre: The Rich Housewives of Bon Avenue and Before the End. 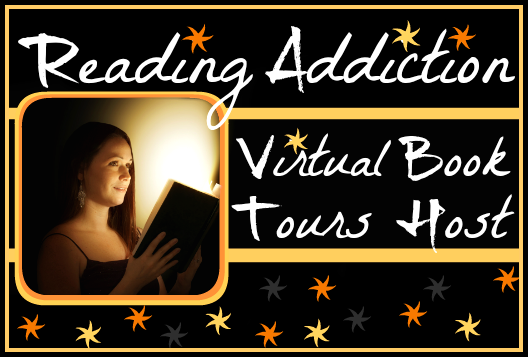