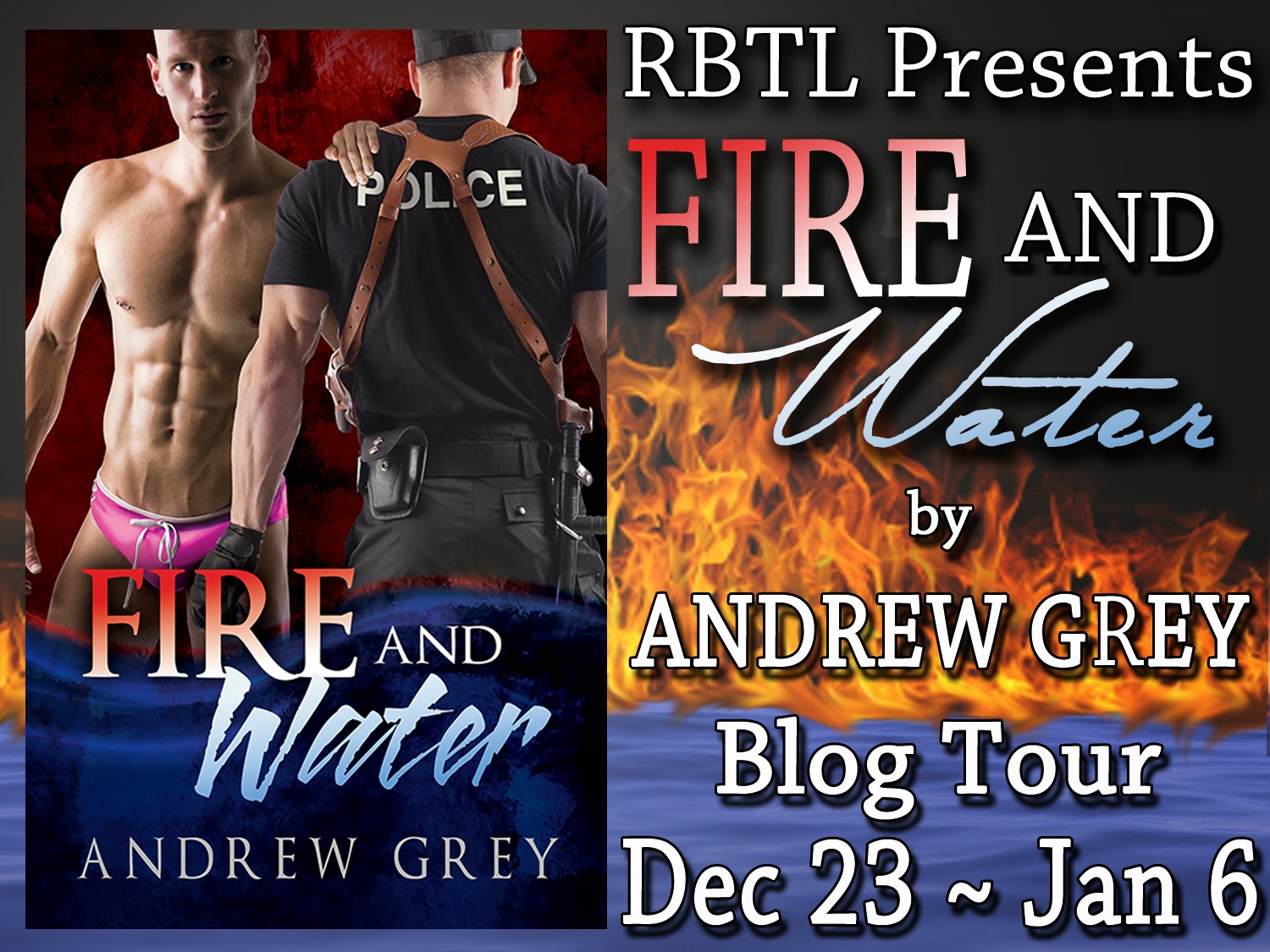 Hey guys! Welcome to my stop on the Fire and Water Blog Tour hosted by RBTL Book Tours. Click here to follow along with the full tour schedule. 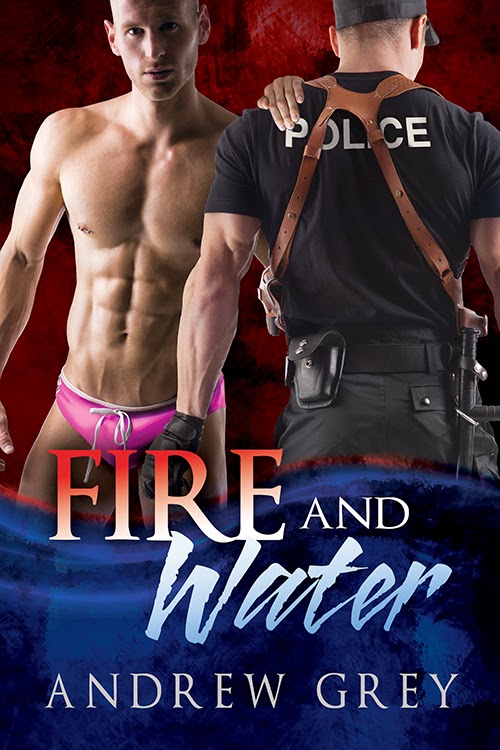 Officer Red Markham knows about the ugly side of life after a car accident left him scarred and his parents dead. His job policing the streets of Carlisle, PA, only adds to the ugliness, and lately, drug overdoses have been on the rise. One afternoon, Red is dispatched to the local Y for a drowning accident involving a child. Arriving on site, he finds the boy rescued by lifeguard Terry Baumgartner. Of course, Red isn't surprised when gorgeous Terry won't give him and his ugly mug the time of day.

Overhearing one of the officers comment about him being shallow opens Terry's eyes. Maybe he isn't as kindhearted as he always thought. His friend Julie suggests he help those less fortunate by delivering food to the elderly. On his route he meets outspoken Margie, a woman who says what's on her mind. Turns out, she's Officer Red's aunt.

Red and Terry's world collide as Red tries to track the source of the drugs and protect Terry from an ex-boyfriend who won't take no for an answer. Together they might discover a chance for more than they expected - if they can see beyond what's on the surface.

I haven't read too many M/M romances but plan to start, and Andrew Grey is a wonderful author for me to start with. Fire and Water is just one of many books he has written, and I definitely plan on reading more of his novels. When I checked out his page on Goodreads, I was impressed with the number of books he's written! I'm so glad to have been introduced to this author.

Red is a delicate soul which sharply contrasts with his hardened physical build and presence. He's such a good guy and has faced terrible tragedy with losing his parents and dealing with people's reactions to his disfigured face. He's been living an isolated life, keeping his distance from other people out of fear they'll judge him based on his appearance, which most do.

Terry is younger than Red and less experienced in life overall. He's left a bad relationship behind him, but his ex just won't let go. He's extremely attractive and knows it, using his looks so far to get what he wants in life. Once he meets Red however, he begins to question the choices he's made.

Red and Terry make a good match, cheesy at times, but I thought they were good for each other with Terry bringing out a braver side of Red and Red bringing out a less judgmental side of Terry. I enjoyed Fire and Water quite a bit and would have have rated it higher than a four but felt the characters rushed into a physical relationship before they got to know each other. I had been hoping their attraction would simmer for a while longer while they learned more about one another.

I love Andrew Grey's writing style and am looking forward to delving into more of his titles. I recommend Fire and Water to anyone who enjoys M/M romance and to anyone who is looking to start reading the genre as long as you don't mind the characters jumping into a physical relationship. I think you'll agree with me that Andrew Grey is an author you'll want to read more of like I do. 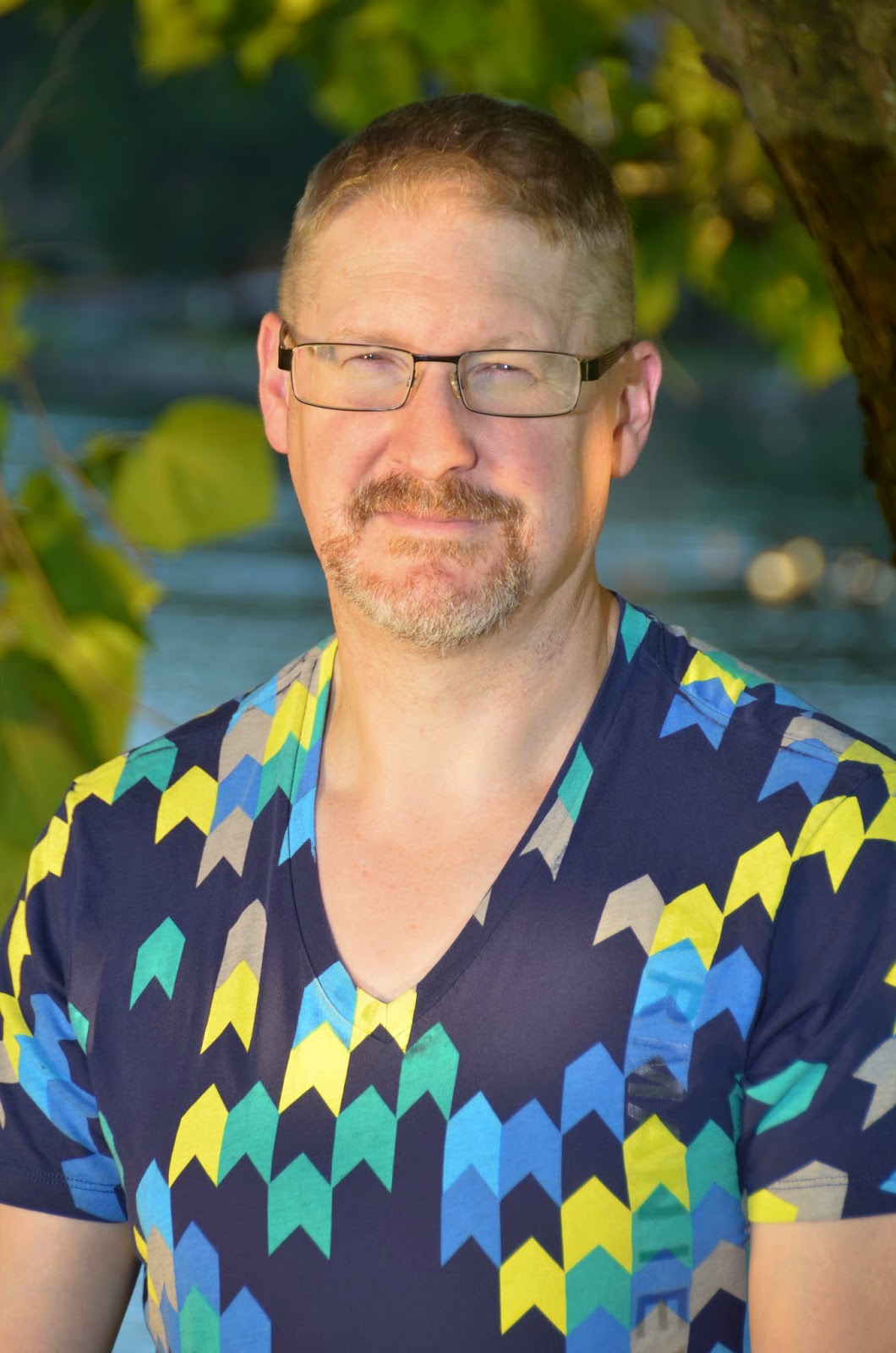 Andrew's hobbies include collecting antiques, gardening, and leaving his dirty clothes anywhere but in the sink (particularly when writing). He considers himself blessed with an accepting family, fantastic friends, and the world's most supportive and loving partner. Andrew currently lives in beautiful, historic Carlisle, Pennsylvania. 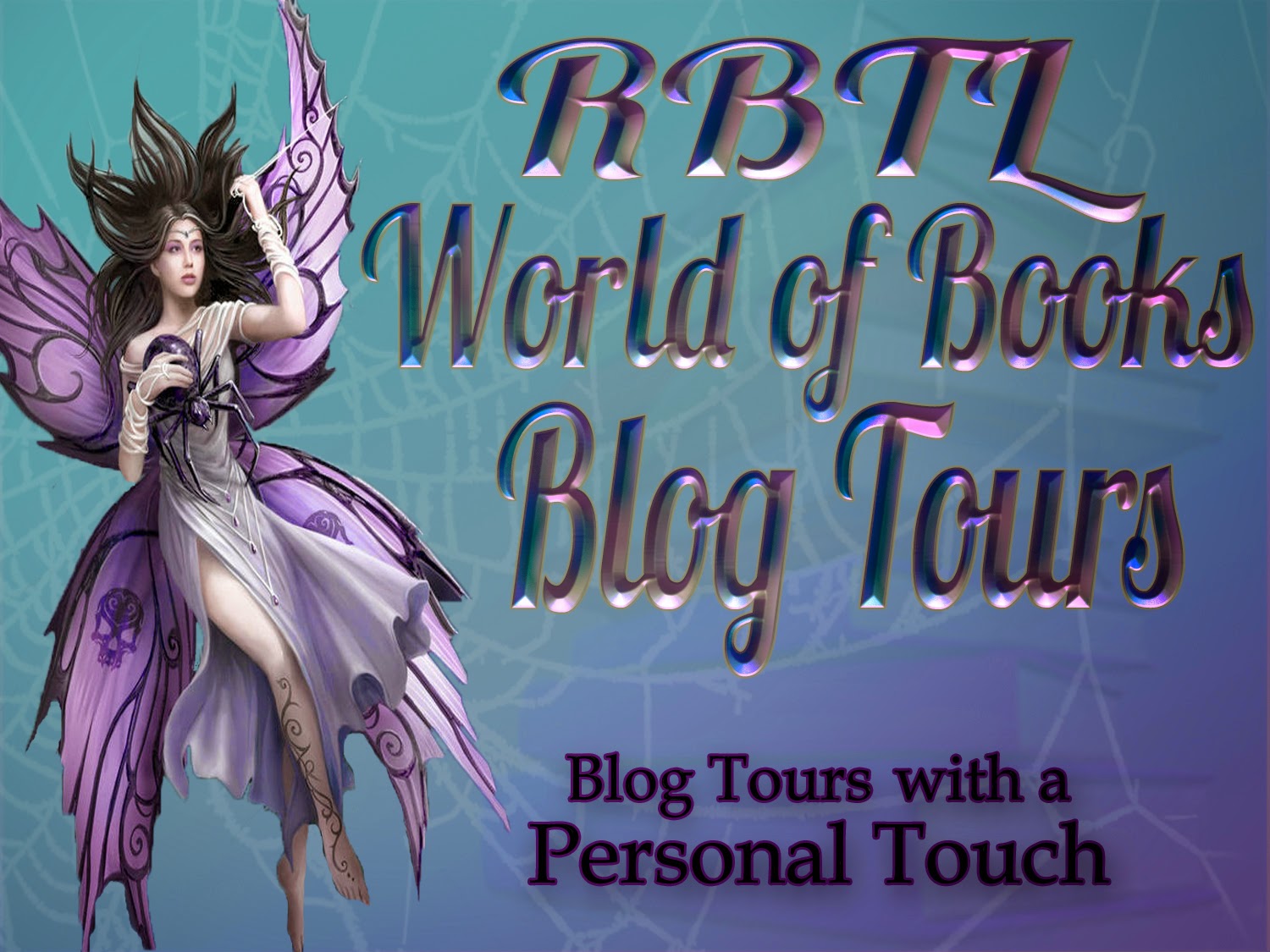