Hey guys, welcome to my stop on the Addicted to You Blog Tour hosted by YA Bound Book Tours. Click here for the tour schedule. Enjoy my review! :D 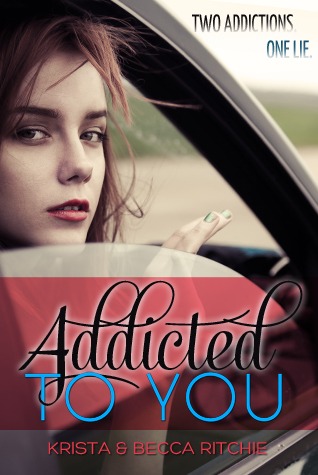 **This is a New Adult book recommended for readers 18 & up**

~ Synopsis ~
No one would suspect shy Lily Calloway's biggest secret. While everyone is dancing at college bars, Lily stays in the bathroom. To get laid. Her compulsion leads her to one-night stands, steamy hookups and events she shamefully regrets. The only person who knows her secret happens to have one of his own.

Loren Hale's best friend is his bottle of bourbon. Lily comes at a close second. For three years, they've pretended to be in a real relationship, hiding their addictions from their families. They've mastered the art of concealing flasks and random guys that filter in and out of their apartment.

But when they go on a family boat trip, surrounded by open seas and limited male bodies in sight, Lily's confronted with a big fear. Only one guy on board can fill her addiction, and she's sworn off going there with Loren Hale ever again.

Now the only person who can truly help her can barely help himself.

~ My Review ~
I received a copy of this book to review for the blog tour.

I'm so excited to have read this book! I was sucked in from the very first paragraph, and I savored every word, every page, every chapter! The book was even better and more interesting than I thought it was going to be. I had no expectations going in, and I was absolutely stunned just by the first page. I knew this was going to be a book I wouldn't want to put down.

Thinking about it, it's kind of strange that I liked Lily and Lo (Loren but goes by "Lo") so much because they're basically rich spoiled kids doing whatever they want, whenever they want. If this had been a reality TV show, I probably wouldn't have liked them at all, but since this is a book with a character (Lily) narrating, I was given the opportunity to climb inside her head and know what she was thinking and feeling. What might be even stranger is the fact that I knew with certainty before I even picked up the book that I was going to like both Lily and Lo.

Throughout the book, I wondered what my life would be like if I lived like Lily and Lo. Is the freedom to do what they want worth the price? I don't think it is - for one thing, it's apparent they aren't really free because they're too busy covering up their respective addictions from their families, chained down to what their families expect them to be. Notice I say what and not who because status is everything to their families, and Lily and Lo shun this. They just want to be free of any and all expectations. Money doesn't seem to be important to them, and they definitely aren't the kind of "rich kids" who look down their noses at the "little" people, which is probably why I liked them so much.

I believe Lily and Lo don't even know who they are because their addictions make up an overwhelming component of their personalities. They're buried beneath their behaviors...who would they be without them? They're too afraid to know. They're enablers to each other - they clean up after one another and help each other hide the behaviors that wouldn't be acceptable to their families and the social circles they're in. I know I sound a lot more judgmental than I actually felt while reading. I didn't look down on Lily and Lo due to their problems because I could see the root of why those problems developed. I don't know what it is about them, but Lily and Lo are two very likable characters.

Lily and Lo's story made me think of the inequality there still is with promiscuous girls vs. promiscuous guys. I want to know why it seems to be more socially acceptable for a guy to rack up a high number of sexual partners, but it isn't for a girl? When Lily talked about herself as being unlovable because she's a dirty person, I thought how could these guys think of Lily as a slut or a piece of trash to be thrown away? They're having sex with someone they don't know, too. They're on equal ground, right?! Then there's a point in the book when it's apparent one of her past conquests believes exactly that about her. Like he's so much better. Please. If Lily's a slut, then he's a man-whore.

I. Love. This. Book. It's one of my new favorites, and I can't recommend it enough. It's witty, clever, real, and dazzling. I couldn't take my eyes off the train wreck that is Lily and Lo's life. You won't want to, either. 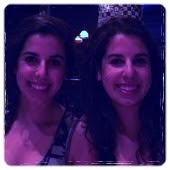 Becca Ritchie is a carnivore of pop culture, television, film and of course YA and NA books. While in college, she worked at The CW television network and put her vampiric knowledge to good use, blogging about hit series and swooning over actors' abs. When she's not blogging, she writes novels and has teamed up with her twin sister for their New Adult novel ADDICTED TO YOU. Available July of 2013.

Krista Ritchie is the mind behind popular trading website YA Book Exchange  and created Nawanda Files, a book blog that also features books into movies news. When not pouring over entertainment news and the newest releases, she spends her time conducting research in a genetics lab. She's happy to join forces with her sister, harnessing their twin powers to produce the first in a New Adult series. 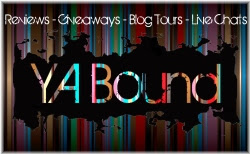