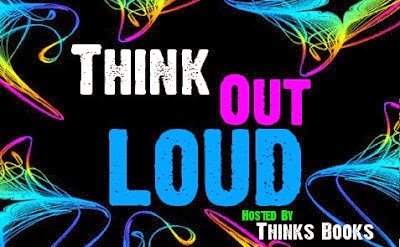 Have something you'd like to talk about that's non-bookish? Join this meme hosted by Thinks Books! Get to know your fellow bloggers outside the bookish realm! Click here for the 411. Every Thursday or whenever you can! :D


Yesterday I took my daughter and our friend Mary to see Divergent which was super exciting. I haven't even read the book yet, but I've been dying to see the movie. Now that we've seen the movie, my daughter and I are dying to read the book. I just have to find my copy, lol. Anyway, I'll have a review up of the movie this week sometime.

But this Think Out Loud post isn't about Divergent as awesome as it was to see that. It's about Anarchy. It's about The Purge 2!

Last year, I went to see The Purge and while I loved the concept and enjoyed the movie, I found talking about the movie was more interesting than the actual movie itself. So much more could have been done with the high concept plot, and I was left a bit disappointed.

This movie is one that I wish were adapted into a book. Have you ever felt that way about a movie that isn't based on a book?

Anyway, I had heard rumors last year during opening weekend for The Purge that due to its success at the box office there would be a sequel in the works. I just didn't think it would be out this year and am so excited to find out it's slated for release in July!

Here's the trailer I found online:

My excitement cannot be overstated. It looks awesome! Instead of following a rich family who have tried to barricade themselves in their expensive home, it looks like this time we'll be seeing things from the outside. Is July here yet??

Have you seen The Purge? What did you think? Would you see the sequel?