Two Reviews ~ Wake Up! We're No Longer Dead & The Beginning of the End by Mindy Larson 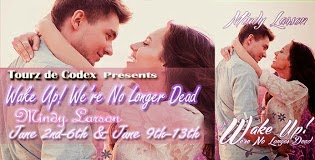 Welcome to today's post where I have a review of Wake Up! We're No Longer Dead (Pre-Earth #2) and "The Beginning of the End" (Pre-Earth Prequel). I also have a link to my review of This Morning I Woke Up Dead (Pre-Earth #1) so make sure to scroll all the way down. :D 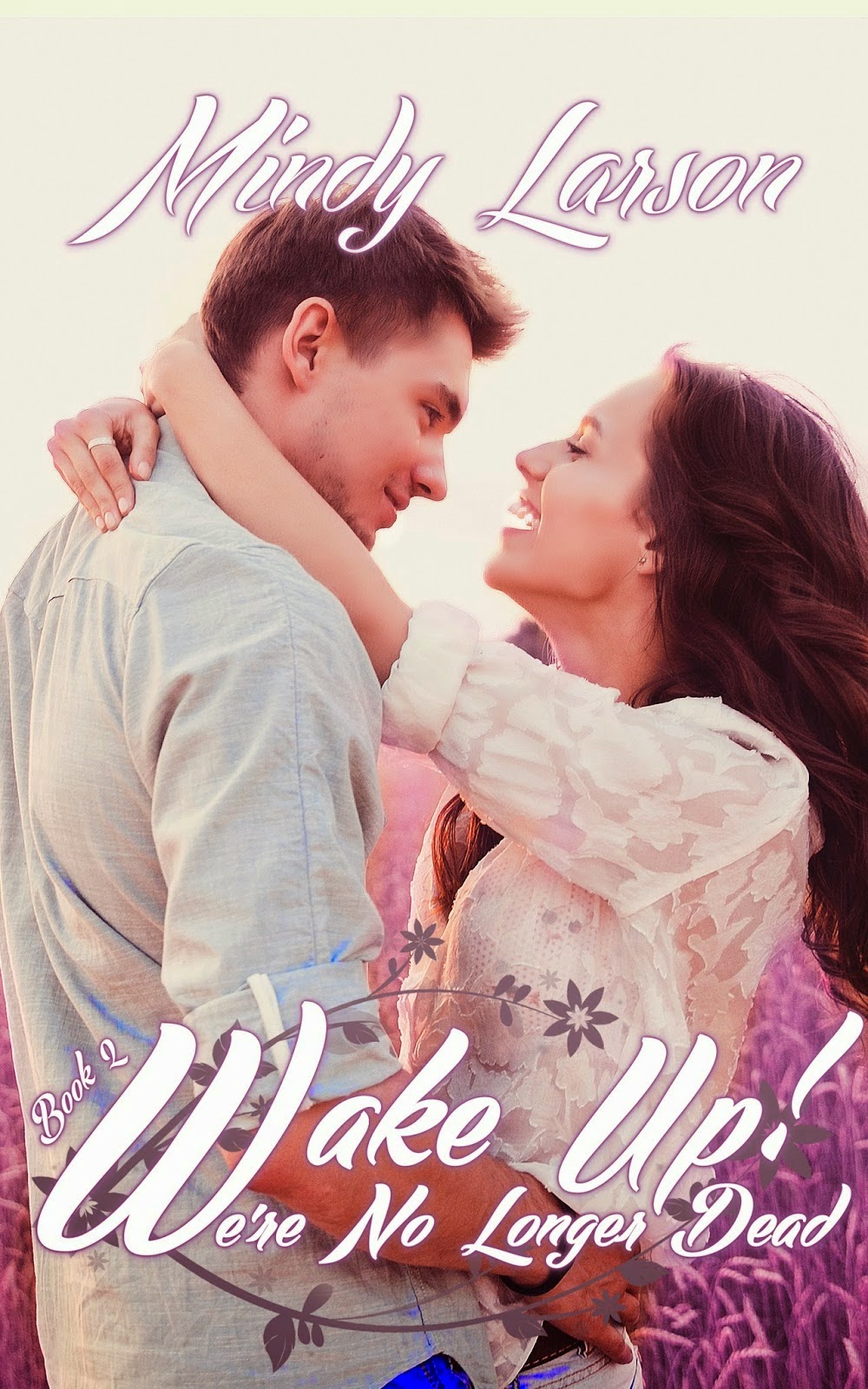 Hadley and Dominic seem to have it all. Each other. A beautiful little girl named Piper. Endless amounts of time. Fulfilling assignments as spirit guides.

But Piper is not like the rest of them.

What would you risk? What would you give up to secure your loved ones safety? Fear drives Dom and Hadley to give up everything when they leave Piper behind on the only place the Masters can't go. The Purple Planet.

Piper may look the part, gifted with the soothing tones of lavender, her eyes, hair, even her skin is kissed with a purpled glow, but she's different. She is special. She's alive. Fitting in, in the afterlife, proves to be more than difficult, even after she finds her soul mate, Aiden Hall. He is not only a resident but he runs the bar next door. Just when they reconnect and despite everything Hadley and Dominic gave up, Piper doesn't stay hidden long.

The Masters are back and Piper is taken where she belongs to Pre-Earth. Attempting and failing at making contact with Piper from the other side, Aiden feels as if there's no other choice but to follow his heart. All the while knowing the risks are great.

Struggling with their reality neither Piper or Aiden remember a thing past waking up. Both feel as if they should remember something. Someone. But what? And who?

Will they end up together once more? Or will they choose to follow an easier path?

In Wake Up! We're No Longer Dead, the story now focuses on Dominic and Hadley's daughter, Piper, and her Piper's soul mate, Aiden. One of the aspects I loved about this book is not only spending more time with characters I adore but also seeing them from a fresh perspective - Piper's. And I also was able to get to know Piper and see her in a new way as well.

Piper knows she's different from everyone on the Purple Planet (a place between life and death where everyone is dead), one example being that she moves more slowly and awkwardly. She's the only one alive on the planet. Once she's found by The Masters and sent back to Pre-Earth, there was a huge twist I never saw coming! It was brilliant and heightened the conflict of Piper and Aiden finding their way back to each other.

Aiden quickly realizes he's unable to make contact with Piper and takes an enormous risk in giving up his life on the Purple Planet to find her on Pre-Earth, knowing his memory would be erased and that he might not find her. His bravery and dedication to Piper endeared him to me. There's so much to love about this character.

I must say The Masters are so creepy! The idea of these higher beings in control of the living and the dead and where they end up is freaky. But their presence in this series brings up interesting questions - if you believe in a higher power, would you want that higher power to be human-like with compassion or to be omniscient and all-knowing? I think I'd prefer a higher being to be more human. The Masters are just too scary for me although I would like to better understand their decisions and reasoning.

Two new characters, Oliver and Hope, are introduced, and Oliver really got on my nerves which I know isn't fair. He doesn't know what's going on, but I still didn't like him. I felt like he wasn't trustworthy and kind of desperate. I just really wanted Piper and Aiden to find their way back to each other so badly, and I didn't want Oliver getting in the way of that. I loved the connection Piper and Hope had; they were able to relate on a deep level.

Wake Up! We're No Longer Dead takes you through many twists and turns. Logan, Emerson, and their daughter, Ruby, make appearances in this story from time to time. I LOVE Logan even though he's rough around the edges. He's so devoted to Emerson and Ruby - he's still a bad boy but has redeeming qualities. I had been looking forward to reading this book and am so excited with the surprises and direction it took that I couldn't have guessed in a million years. I'm looking forward to the next installment. 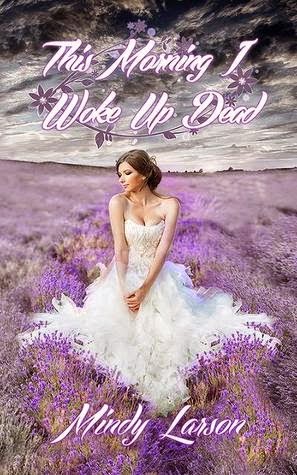 What would you do? What rules would you break to be with your soul mate? This morning Hadley Christensen and Dominic Morris woke up living their dream lives. They are engaged and each has promising careers in the medical field. They are happier and more fulfilled than they have ever been, and they are ready to begin their happily ever after.

Sadly, on her way to work, Hadley is in an accident. Before taking her last breath, she realizes she is already dead - and everyone on Earth is too. Now Hadley and Dominic must each find a way to live without one another. How do they continue when they are two parts of one flame?

Hadley is given permission by the Masters to contact Dominic in the hopes he will also realize he is already dead. If Dominic can open his mind to hear Hadley they can be together forever. Is Dominic ready to give up life the way he knows it? 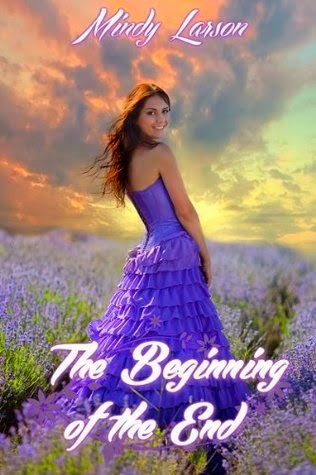 In the Prequel to This Morning I Woke Up Dead, we meet Emerson Morris and her boyfriend Logan; soul mates on their path to forever after. Logan soon learns the secret to Earth and must leave Emerson behind. While Logan is hoping Emerson learns the secret too, he must fight his need to contact her or face the wrath of The Masters.

While Emerson is moving on with her life, her brother Dominic falls in love with Hadley Christensen. Hadley has a special bond with each of her Alzheimer's patients and soon starts to have a glimpse into The Secret.

She is fighting against this knowledge, but will she succeed?

Find out in "The Beginning of the End."

"The Beginning of the End" is a short novella that focuses on Emerson and Logan's relationship and the events take place before both This Morning I Woke Up Dead and Wake Up! We're No Longer Dead. Emerson, Logan, Hadley, and Dominic take turns narrating, and while I at first wondered why Hadley and Dominic were also narrating, it began to make sense while I was reading.

Larson takes us into what life was like for Emerson and Logan in their relationship and what it was like after Logan must leave Emerson behind. These are events touched on in the first book of the series, but their story is delved into more thoroughly with all of their emotions and thoughts involved. This novella satisfied my desire to know more about them.

I think the Masters are afraid of Hadley - she's so close to realizing everyone is already dead, and they weren't expecting her to finding out the truth so quickly. I was surprised to learn they feel caught off guard. They might be more human-like than I thought.

"The Beginning of the End" gives some insight into the perspective of the Masters, which I hadn't been given before. I know they're to remain mysterious which makes them more frightening, but I'd still like to know more about them and their thinking behind their rules and decisions.

Most of all, I was happy with "The Beginning of the End" to have been taken into Emerson and Logan's story as though I was there with them. It was heartbreaking to experience Emerson's devastation after losing Logan, especially with both of them keeping important secrets that they never got the chance to tell each other. Their story is so realistic and heartbreaking, and I'm looking forward to the continuation of their story. 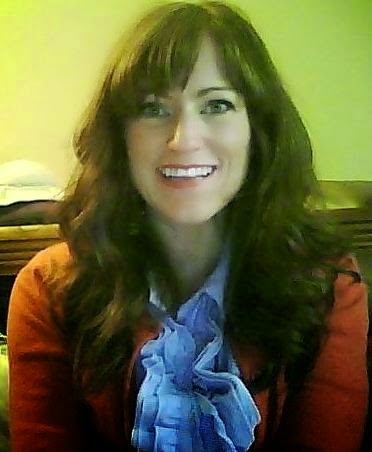 Mindy Rae Boyer Larson was born in 1977 in Provo, Utah. She is the eldest of four children and only daughter. The family moved to the salt lake county in the early eighties when her father got a job at the USPS.

With a very vivid imagination storytelling came only natural. Often she entertained her younger brothers with evening story tales. Her strong passion for reading and a desire to write her own fairy tales led her to write her first book at the tender age of seven. It remains locked up in a box for safe keeping.

At the age of fourteen she baffled her classmates when she looked forward to her honors English homework rather than heading off to the movies or to canyons with the rest. Mindy often completed twenty page book reports on the day they were assigned and rarely got less than A's on her writing assignments.

She has written dozens of kids' books, short stories, and many other works. This Morning I Woke Up Dead is her first published novel. Currently Mindy is working on the sequel and has plans to publish numerous more and to never stop writing.

When Mindy isn't writing she is looking after her four kids, cats, and dog. Being a passionate person her other favorite pastimes include; working out, playing disc golf, cooking, baking, traveling, and exploring.

After a long search, she has finally found her true love and lives happily ever after in South East Idaho with her four kids, two girls and two boys, and the love of her life.