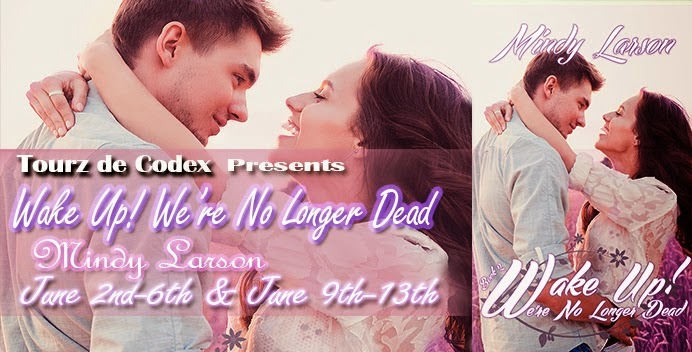 Welcome to my stop on the Wake Up! We're No Longer Dead Blog Tour hosted by Tourz de Codex. Click here to follow along with the tour schedule. 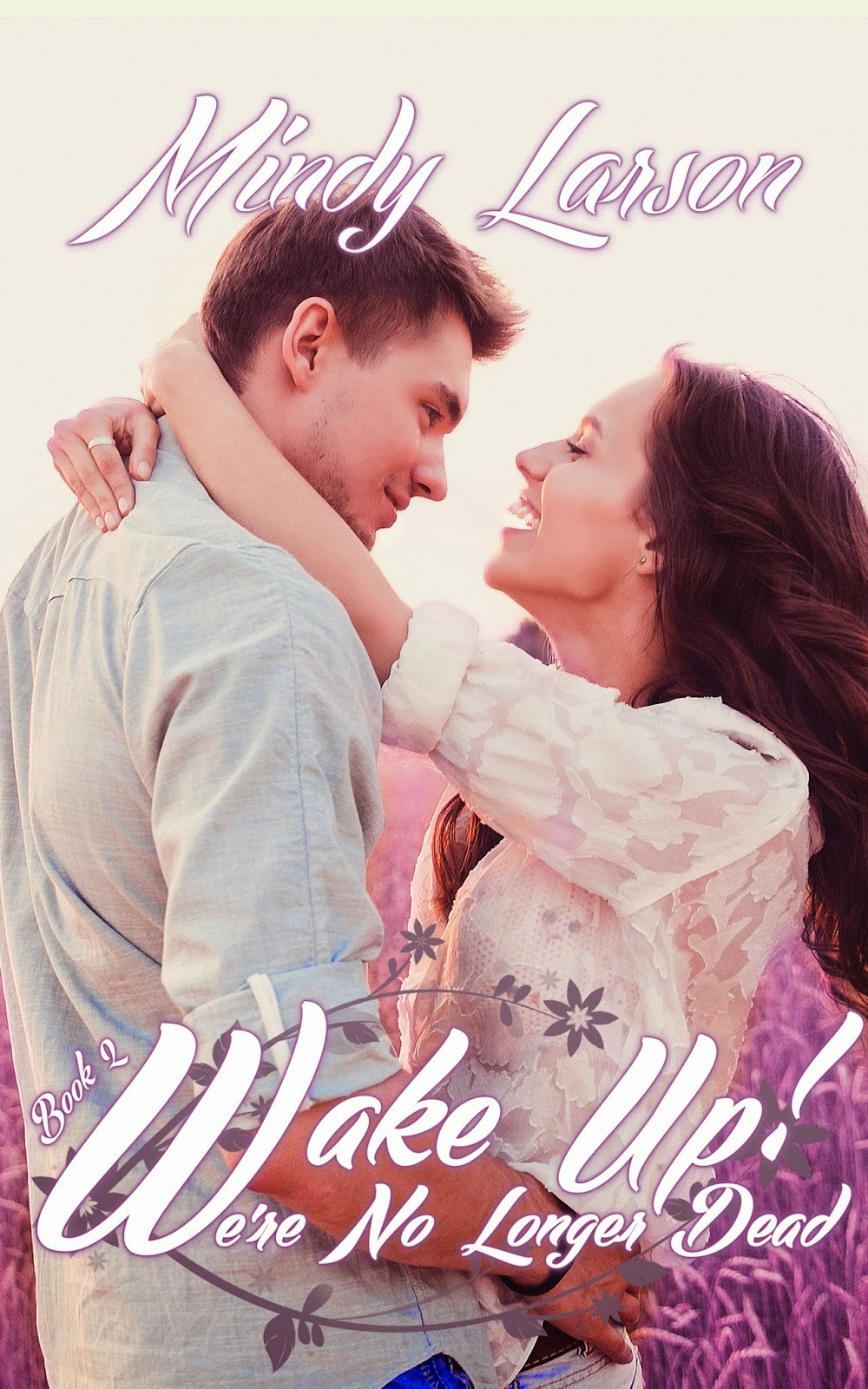 Wake Up! We're No Longer Dead
by Mindy Larson

Hadley and Dominic seem to have it all. Each other. A beautiful little girl named Piper. Endless amounts of time. Fulfilling assignments as spirit guides.

But Piper is not like the rest of them.

What would you risk? What would you give up to secure your loved ones safety? Fear drives Dom and Hadley to give up everything when they leave Piper behind on the only place the Masters can't go. The Purple Planet.

Piper may look the part, gifted with the soothing tones of lavender, her eyes, hair, even her skin is kissed with a purpled glow, but she's different. She is special. She's alive. Fitting in, in the afterlife, proves to be more than difficult, even after she finds her soul mate, Aiden Hall. He is not only a resident but he runs the bar next door. Just when they reconnect and despite everything Hadley and Dominic gave up, Piper doesn't stay hidden long.

The Masters are back and Piper is taken where she belongs to Pre-Earth. Attempting and failing at making contact with Piper from the other side, Aiden feels as if there's no other choice but to follow his heart. All the while knowing the risks are great.

Struggling with their reality neither Piper or Aiden remember a thing past waking up. Both feel as if they should remember something. Someone. But what? And who?

Will they end up together once more? Or will they choose to follow an easier path?

Read first thing in the morning. Read right before bed. Read while in line at the grocery, at the doctors office, in the tub, on the tread mill, or in the car. The only time you shouldn't be reading is on a date, in a meeting, while talking on the phone, or during most social situations.

Why? Rumor has it you can learn a lot from other authors and without even realizing it! Sentence patterns. Sentence structures. New words. How long should you read for? I personally try to read an hour in the morning and an hour before bed. But as little as twenty minutes here or there can help. I can tell I'm in the zone when the rest of the world falls away and I feel as if I am walking around with the characters. Smelling the fresh flowers. Tasting the tea and cookies. When that kind of magic happens is when I learn the most.

2. Pay attention to things around you.

Tune into conversations floating your way. Whether you're out and about getting groceries or a coffee, listen to what others are saying. Yeah, I know some might call this eavesdropping, but I call it research! If I hear someone say something interesting or funny, I pull out my phone and make a memo to use it in dialogue for one of my characters later on.


This step goes more in depth about paying attention to things around you. It's best done in the outside but it can be done anywhere. Close your eyes and inhale. Concentrate on what you smell. Think of new ways to describe old scents. 'Inhaling, I take in the sultry scent of newly cut grass. Its earthy. Damp. And reminds me of summer of 2001.'

Next, open your eyes and look around. What do you see? What does it remind you of? Today I saw a sunset. It was red, pink, orange, and blue. So, I might write something like, 'During my after dinner walk, I was greeted with a striking sunset. Red, pink and orange flames burst onto the sky as if ink spilling on a piece of paper.'

Next step in this little exercise is to listen. What do you hear? A lawn mower. A dog barking. Cars cruising by. And again, try to think of new words to use, instead of saying cars 'cruising by', try something more interesting such as, 'Cars growled by in raging fury.'

By this point, you're probably on to me and can guess what's next! Touch. What does it feel like? Is it windy? Is the sun warming your face with its rays? Maybe it's raining. The other day, my husband and I were caught in a rain/hail storm. If I were to write about it, I might write something like, 'Without warning we were assaulted with mother natures shrapnel, icy bullet like hail showered our skin and left us hungry for shelter and our flesh bruised with the impact.'

The last is taste. Describe the flavor and texture. Was it sweet? Sour. Meaty. Smoky. Bitter. And you need not only describe food in this manner! Maybe try something like, 'As the sour words began to pop off my tongue, a bitter, vinegar like taste remained in my mouth, leaving me no choice but to spit them out as quickly as possible.'


Set aside some time to write daily, or as much as you can. This is just like reading and for me and every single day I spend as little as an hour or up to eight hours writing, depending on my schedule or how I feel. Some days I just can't write at all. If that happens to you, let that be ok! Go for a walk. Clear your head. Stop trying so hard. Usually, the ideas will come! But practice makes perfect and like anything you do a lot of you'll get better and better the more you do it.


Write as if you're the only one who will ever read your words and just go for it! Allow the characters to speak to you and through you.


Thanks for reading my steps to becoming a better writer! If I missed any of your tricks, let me know!


Other Books in the Series 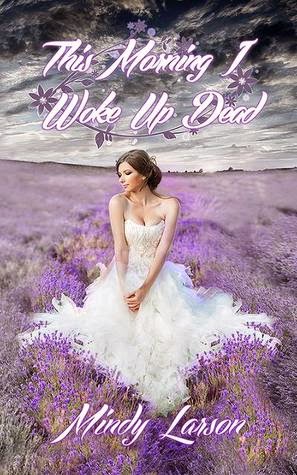 This Morning I Woke Up Dead
by Mindy Larson

What would you do? What rules would you break to be with your soul mate? This morning Hadley Christensen and Dominic Morris woke up living their dream lives. They are engaged and each has promising careers in the medical field. They are happier and more fulfilled than they have ever been, and they are ready to begin their happily ever after.

Sadly, on her way to work, Hadley is in an accident. Before taking her last breath, she realizes she is already dead - and everyone on Earth is too. Now Hadley and Dominic must each find a way to live without one another. How do they continue when they are two parts of one flame?

Hadley is given permission by the Masters to contact Dominic in the hopes he will also realize he is already dead. If Dominic can open his mind to hear Hadley they can be together forever. Is Dominic ready to give up life the way he knows it? 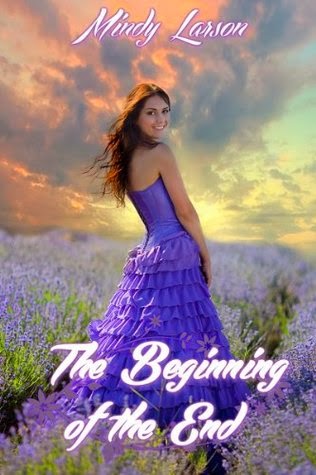 The Beginning of the End
by Mindy Larson

In the Prequel to This Morning I Woke Up Dead, we meet Emerson Morris and her boyfriend Logan; soul mates on their path to forever after. Logan soon learns the secret to Earth and must leave Emerson behind. While Logan is hoping Emerson learns the secret too, he must fight his need to contact her or face the wrath of The Masters.

While Emerson is moving on with her life, her brother Dominic falls in love with Hadley Christensen. Hadley has a special bond with each of her Alzheimer's patients and soon starts to have a glimpse into The Secret.

She is fighting against this knowledge, but will she succeed?
Find out in "The Beginning of the End". 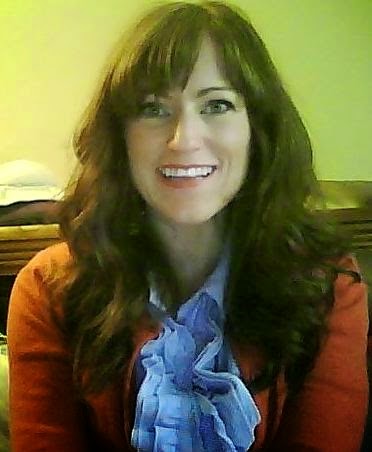 Mindy Rae Boyer Larson was born in 1977 in Provo, Utah. She is the eldest of four children and only daughter. The family moved to the salt lake county in the early eighties when her father got a job at the USPS.

With a very vivid imagination storytelling came only natural. Often she entertained her younger brothers with evening story tales. Her strong passion for reading and a desire to write her own fairy tales led her to write her first book at the tender age of seven. It remains locked up in a box for safe keeping.

At the age of fourteen she baffled her classmates when she looked forward to her honors English homework rather than heading off to the movies or to canyons with the rest. Mindy often completed twenty page book reports on the day they were assigned and rarely got less than A's on her writing assignments.

She has written dozens of kids' books, short stories, and many other works. This Morning I Woke Up Dead is her first published novel. Currently Mindy is working on the sequel and has plans to publish numerous more and to never stop writing.

When Mindy isn't writing she is looking after her four kids, cats, and dog. Being a passionate person her other favorite pastimes include; working out, playing disc golf, cooking, baking, traveling, and exploring.

After a long search, she has finally found her true love and lives happily ever after in South East Idaho with her four kids, two girls and two boys, and the love of her life.

Giveaway
$25 Amazon GC
&
e-copy of Wake Up!
a Rafflecopter giveaway