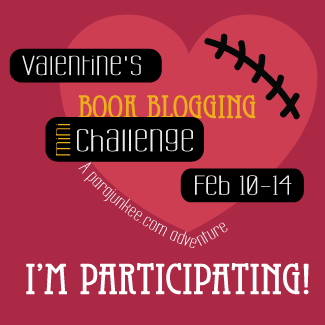 This was difficult for me not to include Daryl Dixon, lol. I wanted to so badly, but he isn't a character in The Walking Dead graphic novels, so...yeah, it was really difficult!

Ryder from The Replacement by Rachael Wade
No matter how many times Elise tried to push him away, he wouldn't let her. His love for her was stronger than her self destruction, and that's why he's at the top of my list. <3
Lucas from Keep You from Harm (Remedy #1) by Debra Doxer
At first he was kind of a jerk but also dark, handsome and mysterious. I was drawn to him right away - couldn't help myself. I'm drawn to jerky guys in books. Many times I find out there's a reason for their jerkiness.

Lo from the Addicted Series by Krista Ritchie & Becca Ritchie
Lo may be a recovering alcoholic, which may not be the wisest choice for a sex addict to be with in a relationship, however he's taken the time to learn about Lily's addiction and how they can help each other rather than enable each other. He's such an awesome person and great in bed. I don't know the great in bed part personally. ;)

Breccan from the Getting Inside of V Series by Kate Lynne
This is a guy who has the kind of love and compassion for V that she doesn't have for herself, and his love is proving to be more powerful than her hatred for herself. He isn't going to give up on her, and I wouldn't want him to even dream of it.

Damian from the Vesik Series by Eric Asher
He's just SO damn sexy, and I don't really care he ends up being taken, lol. Most of these guys are taken anyway! ;) Plus he has a great sense of humor. Doesn't get better than that!

Adam from If I Stay by Gayle Forman
If Adam was here in real life, I'd be ALL over that! LOL! He's one of the most sincere guys of my book boyfriends. I love him to pieces.

Sam from the Sookie Stackhouse Series by Charlaine Harris
He's so sweet and cute! I loved him from the beginning, and I always wanted Sam and Sookie to get together though he's her boss. I can picture him being handsome and intelligent.

Eric from the Sookie Stackhouse Series by Charlaine Harris
He sounds like a sexy beast. I blushed during their sex scenes so many times! Love to go a round with him, lol. *Still blushing*

Girlfriend ~ Michonne from The Walking Dead graphic novels by Robert Kirkman
I rapidly developed a girl crush on Michonne. At first she's rather standoffish and never cracks a smile - I guess who would in the middle of a zombie apocalypse? She's so kick ass and with that katana, she can take out any zombie any time. She's kind of like the female version of Daryl Dixon with her fearlessness and zombie killing skill. Hottt

Who are your book boyfriends/girlfriends?