Hi guys! Welcome to my stop on the Red Threads Blog Tour hosted by Irresistible Reads Tour. Click here to follow along with the blog tour. :D 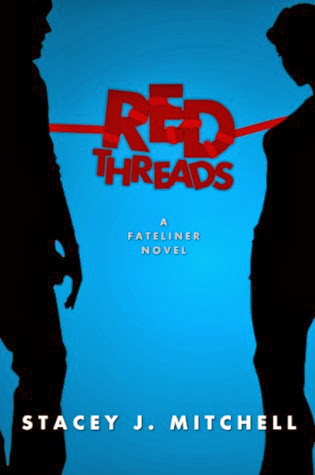 Twenty-six-year-old Lily Robinson has her dream job in a museum, a great boyfriend, and is happy with her life - until the day she starts seeing red threads growing out of the chests of those around her.

That same day, Lily meets a stranger who seems to know her and understand what she is seeing. Lily doesn't believe him when he says she has a special ability, and it's only when he saves her life that she accepts something very strange is happening to her.

Lily's life is rapidly turned upside-down when she gets thrown into the world of fate and meets the beings who influence it.

Can she learn to control her ability to help herself and those around her who need it most?

Will she actually want to when she finds out what she has to do?

"I'm here, and I've got supplies." Lily took a step back from the speaker, released the intercom button, and waited for her best friend's head to appear at the window.

The window opened, and Georgia's head poked out, her highlighted hair dangling in front of her eyes. "You know no one's allowed in without Ben and Jerry's."

Lily rolled her eyes and pulled a carton out of the bag on her shoulder. "Well, I have two flavours - Half Baked and Phish Food. Now let me in before it melts."

Georgia grinned and her head disappeared back into her flat.

"I hope you've kept your side of the bargain," Lily said when Georgia opened the door and stood aside to let her in. "I'm expecting films with Channing Tatum or Gerard Butler. Or both together, if such a thing exists." Lily walked through the living room and into the kitchen area, where she dumped her bag on the counter.

"In that case, you'll love this," Georgia said, holding up two DVD cases. "Magic Mike and 300. Am I the best friend ever, or what?"

Lily whistled under her breath. "We're in for a treat tonight." She knew her way around Georgia's flat almost as well as she knew her own house, and she grabbed two spoons and two wine glasses and cracked open the bottle of red that Georgia passed her.

"So what's new with you, then?" Georgia asked, as they carried the wine and ice cream through to the coffee table in front of the sofa. She switched the television on and held the two DVDs up, prompting Lily to choose.

"300 first." Lily took a sip of her wine. "Not a lot really, work's the same as ever, Nick's fine. Things are just ticking along nicely, you know." She shrugged indifferently. "Come on, you must have some news for me."

"Me?" Georgia had put the DVD into the machine and was now settling down on the sofa. "Little old perpetually single me?" She rolled her eyes. 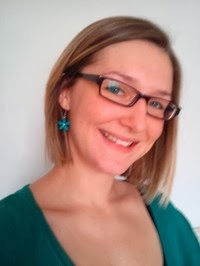 I am a tea drinker and history geek who lives in south Wales. I love reading, being outdoors, cooking, and stand-up comedy - but I don't like bananas and insects.

I have been writing stories ever since I could hold a pen. I have a degree in Egyptology, and I love writing so much that I even enjoyed my university coursework.