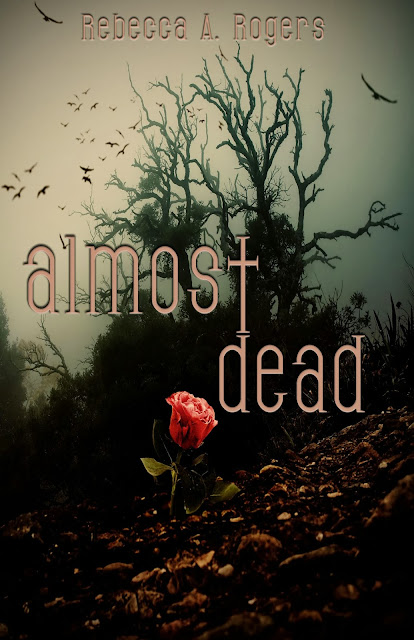 Seventeen-year-old Flora Mackey is not exactly thrilled to wake up from a car accident and find out she's a ghost. Making this lifelike hell even worse is being trapped with her arch enemy and collision partner, Laney Tipps. The two normally couldn't get along if their lives depended on it, but now they have no choice.

After recovering from the initial shock of seeing their lifeless bodies - and that they can't escape each other - Flora and Laney have to find a way out of the twisted, gray realm. But they quickly learn that the farther they stray from their motionless corpses, the weaker they become. Luckily Sara, a spirit guide, shows up to help. Sara informs them they'll have to wait for someone in their city to die so they can take their place in the land of the living.

What's scarier than waiting in purgatory? Time. If Flora and Laney don't return to the physical world and leave clues for their families that they're still alive, they'll never be found. Which sucks, because once their bodies give out, their souls will be permanently stuck in the afterlife.

Halloween is right around the corner, which means autumn is in the air: sweaters, scarves, vibrant leaves, carved pumpkins, coffee and lattes with spicy aromas and flavors. The list is literally endless. Typically, Halloween evokes images of ghosts and things that go bump in the night, but it can also mean some really good (and really creepy) reading material. Here is a top-ten list of books-turned-movies to set the mood, in no particular order:

1. The Shining by Stephen King - REDRUM is one of the ultimate go-to expressions when someone brings up The Shining in conversation. And who can forget those creepy twins?

2. It by Stephen King - The movie was enough to give me nightmares as a child. Clowns. Halloween. I'm already getting goosebumps.

3. Dracula by Bram Stoker - A classic, that's all there is to it.

4. The Exorcist by William Peter Blatty - Who doesn't love a good demonic possession, along with split-pea soup? ;)

5. The Silence of the Lambs by Thomas Harris - Hello, Clarice. *shudders*

6. Interview with the Vampire by Anne Rice - Okay, it's definitely not as creepy as some of the others, but Anne Rice is pretty much the queen of paranormal. Let's be honest, Halloween wouldn't be the same without the supernatural.

7. Rosemary's Baby by Ira Levin - I remember seeing bits and pieces of this movie as a child, and it freaked me out. What's better than horror? Psychological horror.

8. The Amityville Horror by Jay Anson - The fact that this was based on a true story makes it even scarier.

9. Something Wicked This Way Comes by Ray Bradbury - I was disturbed by this movie when I was younger, and it still weirds me out today, but there's nothing quite like a creepy carnival coming to town.

What are some of your favorite books-turned-movies? Are there any must-haves to watch on Halloween night? 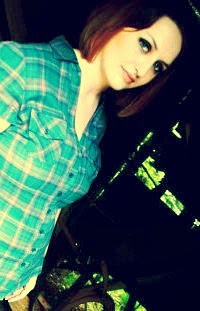 Rebecca expressed her creative side at an early age and hasn't stopped since. She won't hesitate to tell you that she lives inside her imagination, and it's better than reality.

In short: I'd insert something here along the lines of living in the Northeast or Europe with my wonderful husband and our dogs, but these things haven't happened yet. Instead, I'll tell you I'm an avid gamer, chocoholic, coffee addict, animal lover, and own way too many books and shoes.