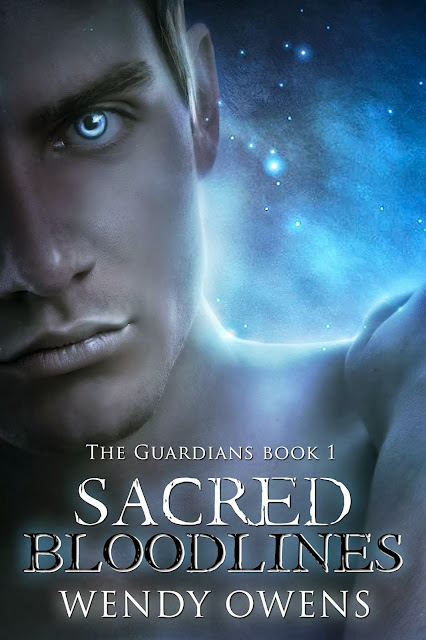 Tragedy has defined Gabe's short existence in this world. An ominous darkness lurked on the edge of his existence until one day in a subway, strange things start happening. A series of events lead Gabe into a new and fascinating life filled with angels and demons, but he isn't sure if he wants to be a part of it.

Gabe is thrust into the middle of this exciting world that is full of things he has longed for in his life but it comes with a price. This new life also promises constant terrifying dangers that Gabe fears he may not be able to survive.

I haven't read many angel and demon books, and so I was excited to see what Sacred Bloodlines was all about. I wanted to know more about the world Gabe finds out he's a part of and what his decision would ultimately be - whether he chooses to live this new life or go back to his old one. The beginning really pulled me in and was so well done. It was one of my favorite parts of the novel! I really love it when a novel begins with a bang!

Right away I really liked and empathized with the main character Gabe. I found him to be an interesting and multifaceted character that I easily rooted for. I didn't like Uri right away, but he grew on me throughout the novel. I think I didn't like Uri at first because I found myself feeling protective of Gabe. With everything Gabe has been through, I didn't want to see him go through more heartache.

One of the things I didn't like was the constant need for Uri to tell Gabe he'll get his answers when he takes him to the Manor. I think Uri, knowing as much as he does about Gabe, should know that Gabe doesn't have an easy time with trusting others and could have given him at least the gist of what was happening. He would only tell him he'd have to wait to find out. I don't think I would have left with a complete stranger.

Overall, there's plenty of action and excitement, and I flew through it! I really liked the angels and demons aspect of this and thought Wendy Owens created a unique and believable world where these supernatural beings exist. Sacred Bloodlines is a great start to a series, and I'll definitely be reading the rest of the books in it. If you're a fan of fantasy and paranormal, check this series out!

Gabe closed his eyes and leaned his head back against the cool subway tiles. The pungent smell of urine and burnt electrical wires filled his nostrils as the loud roar of a passing train erupted in his ears. His social worker's words replayed again and again in his head, "difficulties with home placement," " a past filled with tragic incidents," " more time needed to find the right parental candidates." Gabe knew what that meant, after years of being shipped from one foster family to the next, it was clear what people thought of him. He was cursed. "And why wouldn't they," he thought. It was even obvious to himself.

The bustle of the station increased as the train squealed to a halt. Gabe grabbed his ragged black backpack and headed to the nearest set of open doors. He twisted and turned, trying to make his way through the thick crowd. A chill came over him, one that was all too familiar and Gabe found himself filled with dread. Coming to a sudden stop, he looked around at the sea of people. Just steps from the train doors he was unable to move. He was staring and searching, his breath now shallow. The voices around him were instantly silenced as a pulsing white noise consumed his mind.

Gabe's hands were clammy and he felt his legs weaken. "Are you getting on or what?" the man behind him shouted. The man was wearing a plain, tan trench coat and carried a briefcase. Gabe looked back at him, not able to hear what he was saying for a moment, still distracted by the deafening white noise in his head.

"Come on, some of us have places to be," the man grumbled as he rudely pushed past Gabe and boarded the subway car. Stumbling to a nearby column, Gabe steadied himself, attempting to regain his composure.

As sounds came flooding back, he heard the buzzer warning that the doors would soon be closing. Gabe looked up and prepared to make a dash for the opening. Before he could make his move, he caught sight of a young woman standing in front of the subway doors. She was wearing a long, black leather coat that was cinched at her waist. There was an odd grey color that surrounded her, creating a halo effect around her entire body. He had seen this before, actually more times than he cared to recall. He even saw the same grey aura the night his parents died.

Gabe stared intensely at her back as she stepped into the subway car. She slowly turned around, her black hair was short, cut just above the chin, which she wore slicked back, tucked behind petite ears. Gabe thought she looked as though she were trying to remove the femininity from her small frame in any way she could. Her skin was pale; the color reminded Gabe of milk.

He watched, frozen, as the girl lifted her head and looked directly into his eyes. She flashed him a small, wicked smile as the doors closed. He saw her eyes flicker a hint of red. A moment later, the train pulled away. Gabe slid to the cold floor as the crushing weight of impending doom filled him.

Gabe had been plagued by these feelings and visions his entire life. He could remember being sent to at least a dozen different therapists all over the city. Their diagnoses were all the same; however, 'hallucinations brought on by depression caused by the tragic loss of his parents.' Some had him writing his feelings in journals, but most of them found it easier to load him up on medication and send him on his way. He had learned a long time ago that the easiest thing to do was to lie about the visions.

Gabe wondered if the therapists were all right. Perhaps he was just crazy with grief. His parents had died when he was only five years old. He found it hard to believe such grief could plague a person for eleven years, but what did he know, he was no...

A loud explosion suddenly interrupted Gabe's thoughts. He reached out his hands to try and steady himself as the ground under him shook violently. He threw up his arms to cover his head, plaster crumbling and falling like rain from the high ceilings.

~ Other Books in the Series ~ 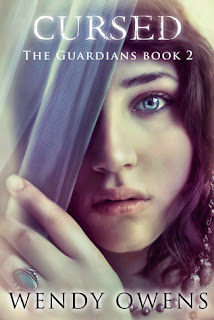 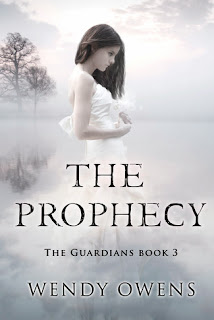 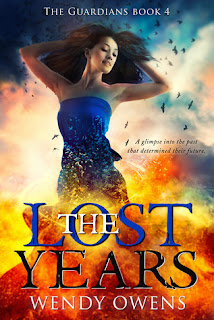 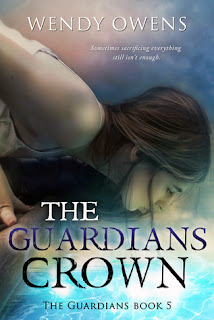 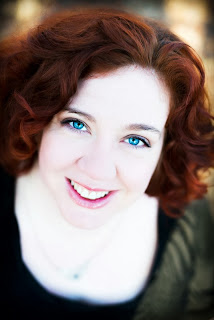 Wendy Owens is a 34 year old author, born in the small college town, Oxford Ohio. After attending Miami University, Wendy went onto a career in the visual arts. For several years she created and sold her own artwork. In 2011, she gave her true love, writing, a try.

Since 2011, she has published a young adult paranormal series, The Guardians, which will contain five books total, as well as a novella.

Wendy now happily spends her days writing - her loving dachshund, Piper, curled up at her feet. When she's not writing, she can be found spending time with her tech geek husband and their three amazing kids, exploring the city she loves to call home: Cincinnati, OH.