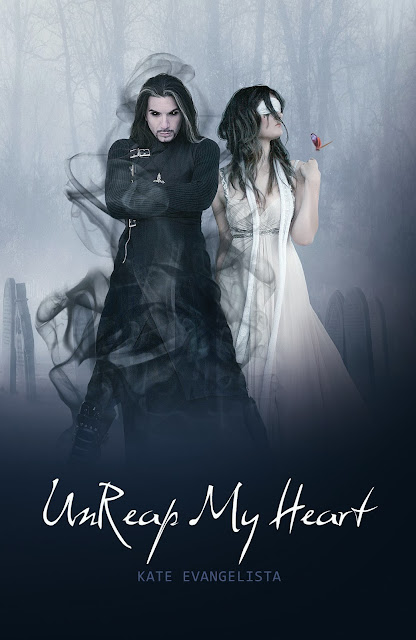 When Death is stabbed with a dagger that sucks out his powers, Balthazar is roped into helping him find the Redeemer, the only one who can remove the dagger. But nothing is free in the Underverse. For travelling to the most dangerous places in the Underverse, Balthazar asks Death for control of the Crossroads.

Arianne was ready to pay Death’s price to save Niko. She was ready to be blind with no memory of the boy she loves. Instead, she wakes up in a strange room, still able to see and with Niko in a deep sleep. She agrees to work with Balthazar on the condition: Death needs to wake Niko. But Arianne soon finds out that helping the bad guy means having to do lots of bad things. 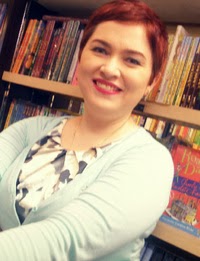 When Kate Evangelista was told she had a knack for writing stories, she did the next best thing: entered medical school. After realizing she wasn't going to be the next Doogie Howser, M.D., Kate wandered into the Literature department of her university and never looked back.

Today, she is in possession of a piece of paper that says to the world she owns a Literature degree. To make matters worse, she took Master's courses in creative writing. In the end, she realized to be a writer, none of what she had mattered. What really mattered? Writing. Plain and simple, honest to God, sitting in front of her computer, writing. Today, she has four completed Young Adult novels.

"Did I really try to kiss you?"

He almost missed a step at the sudden change of topic. "We're back to that?"

"I thought I was with Niko," she said.

"I take it the experience wasn't pleasant? Nikolas can do that to people."

"It sounds like you hate him for some reason. Why?"

If it weren't for the real curiosity in her eyes, Balthazar wouldn't have answered her question. "We do things we're not proud of. Nikolas more than most."

A statement with more truth in it than anything he could say. Everyone knew Nickolas. a little too well for more than most. There lay the problem. Arianne knew Nikolas as the teenage high school boy. Balthazar knew Nikolas as the take no prisoners Reaper who occasionally did D's dirty work. Nikolas could have easily been third in the rankings, maybe even D's right hand, but he maintained his Reaper of Georgia status to keep under the radar for the side missions he would be given. It baffled Balthazar that Arianne didn't seem to know this about Nikolas.

"You're in love with him," he responded.

"Since I started high school."

Nikolas? Entertaining love? From a human, no less. "And how's that going for you?"